According to @NFTherder, a total of 13 NFT Discord servers have been hacked in the past 48 hours. Discord, which is one of the most popular platforms for big NFT projects, has become a consistent target of hackers.

The platform has made no progress in ensuring the security of its users. Is Discord really a safe platform for the NFT community?

If the bear market wasn’t the worst news of the year, the hacking news makes it even worse. Almost every trending NFT project has been preyed upon by hackers with millions of dollars with digital assets stolen within hours.

Some people blame it on victims for letting their guard, while others claim the security measures aren’t up-to-notch, but everyone has the same question, will this dilemma ever end?

The hack happenings on Discord aren’t new; the NFT community has seen many scandals in 2021 as well. However, no progress or effective measures have been taken by the NFT project teams to ensure their buyers’ security on the servers.

Discord claims to be the safest platform to socialize with private servers. Nonetheless, hackers have cracked the code and have been consistently attacking the Discord servers of NFT communities.

According to @NFTherder, 13 NFT Discords have been hacked in the last 48 hours. This is quite alarming for the NFT community and is also an indication that the NFT industry is still not ready to enter the mainstream.

Despite various claims made by big NFT projects about security, the Discord servers have now become a dangerous platform that could easily sabotage anyone’s digital wallet. No matter how careful a person is, the hackers will still find a way to compromise digital assets using clever techniques.

The sudden surge in Discord server hacks comes after Yuga Labs announced that a group of hackers was planning on a possible coordinated attack. The whole NFT industry was on alert and every project warned its NFT holders about not clicking on any suspicious links on Discord and Twitter.

Even with the warning, the hackers were able to trick people to open their wallets. The first victim was Premint on Sunday, Zenneca’s personal Twitter and Discord for Zen Academy got hacked, and later many other NFT Discord were compromised.

Seeing the latest updates, the NFT community will have to deal with this wave of hacks because no NFT project has announced any progress or plans to shift communities to another platform anytime soon. So, what do you do?

You save your digital asset yourself. Although hackers always find a loophole to trick people out, you can still make an effort to be safe. After all, it’s better to be safe than sorry. Depending on security measures by platforms and project teams won’t keep you safe in any way. Here are some tips on how you can save your Discord from getting hacked:

This is the most obvious tip that almost everyone might’ve followed. The key to keeping yourself safe is to make strong passwords with numbers, characters, letters, and signs instead of complete sentences; this makes it hard for hackers to crack the code.

Furthermore, just like on Twitter, two-factor authentication can be quite helpful in keeping your account safe. So, make sure your Discord has turned on that option.

Never, under any circumstance, share your password or email with anyone, even if a Discord employee asks for it. Hackers can hack any account and ask you for private information.

Always check the link URLs before clicking. The official team members of NFT projects in the Discord community usually don’t share any links.

All important announcements are made on official pages only. Still, always check the links before you type down your wallet details or approve transactions.

Even if you are new in an NFT Discord, never trust anyone no matter how convincing they sound. Many scammers use social engineering to gain access to your accounts or crypto wallets, so always be on alert.

The NFT holders are slowly realizing that the NFT projects haven’t much effort in terms of security measures despite so many incidents. This can potentially sabotage the whole NFT community as an authentic industry around the world.

Currently, many countries’ authorities are reluctant on allowing NFT trading because of this very reason. The failure to supervise or establish proper regulations just adds up to this as well.

Unless NFT projects and companies make an effort to make communities safer, the interest in NFTs might slowly decline with time. 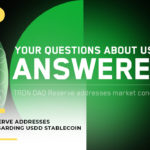 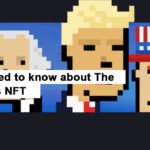