Simulation games are quite appealing to the public, so every game is bound to be a success. However, the competition between these games is quite tough. For a Web3 game to maintain its popularity for 4 years is a huge achievement itself, especially in a fast-moving market.

CropBytes: Pioneer of the metaverse

As a simulation game, it grabbed people’s attention for its engaging features and play-to-earn model, but the most appealing aspect of this farm game was its futuristic outlook that would soon be coined as the word “metaverse.”

In other words, CropBytes’ mission was to be an authentic digital economy space. When the game was first released, it had its own economy and in-game assets, which is similar to the idea of the metaverse. Today, CropBytes is one of the most popular metaverse projects in the gaming industry.

How is CropBytes revolutionizing the Web3 gaming industry?

CropBytes is the first game that released its Android and iOS app which increased the number of players. With its user-friendly and play-to-earn features, CropBytes is revolutionizing the web3 gaming industry completely.

After four years of a farming game, CropBytes still ranks #1 on PlayToEarn.net in the simulation genre on the TRON blockchain.

CropBytes’ in-game economy operates through its original token, CBX. The players have to farm animals and crops and sell the produce to earn CBX tokens in return. It requires strategic planning and farming efforts to build a successful portfolio.

According to the data collected, CropBytes’ economy monthly trades values around 7M TRX. The farm game players also saw an increase of over 8,900% in their portfolio due to its in-game economy.

The CBX token was just recently launched in November 2021 on Bybit and Mexc. It can be exchanged on LBank, ProBit, and XT.com. CropBytes maintains its in-game economy by rewarding players with CBX that has practicality in the crypto world.

CBX token holders not only gain access to CropBytes’ exclusive events but also trade the earnings on exchanges. This helps the game regulate its ecosystem and maintain the token’s status in the crypto market.

The CEO of SuperGaming and co-founder of Tegro marketplace, Roby John says “We build and support Web3 games that can be played for years. This is possible with the help of ’Tegronomics.’ This week, CropBytes completes four years and is the best possible example of a sustainable game economy powered by Tegronomics at TegroFi.”

CropBytes’ secret to success clears a pathway for the future gaming industry.

The CropBytes founder plans on sharing the secret to CropBytes’ success by attending various global events to lead the gaming industry in Web3.

CropBytes held a Twitter Space at 1:30 pm UTC on 29th April 2022 hosted by the founder of CropBytes Sandeep Kumar along with Menon and John to discuss the current developments of the web3 gaming industry.

Recently, the India Game Developer Conference announced Kumar as the guest speaker. The conference is to be held in Bangalore, India on May 5.

For CropBytes, the team released a roadmap for 2022. In the second quarter of the year, the farm game will launch new features:

And much more is to come.

For more updates and information about the game, read the CropBytes’ whitepaper and follow its social platforms: 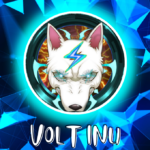 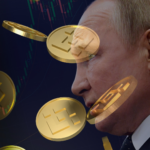