If you think politicians are against Web3, you’re completely wrong. The former presidential candidate Andrew Yang presents Lobby3, a Web3 community dedicated to serving the people in Washington, DC to build a better future.

There’s no denying that the US election candidates are actively jumping on the blockchain and NFTs seeing how much worth they are in the market right now. Thousands of people in America are ready to buy digital collectibles that hold value and have some kind of utility, and for politicians, it’s a great chance to crowdfund.

Although America is yet to propose crypto regulations, some election candidates are introducing NFTs that their supporters can buy in exchange for monetary support. Furthermore, since Web3 is all about community, it brings them closer to connecting with buyers than ever, Yang has introduced his own Web3 community to educate people about Web3 regarding policy and law-making.

“The biggest threat to Web3 succeeding in the long term, in my opinion, are ill-informed policies from leaders who have yet to understand the benefits of the future that is possible,” he said. “The community needs an organization and a seat at the legislative table.”

Lobby3 is a Web3 community created as a movement to promote blockchain technology in America and bring change to society through it.

“In our mind, [in politics] there has to be both an inside and an outside game. The inside game is suit-wearing lobbyists going into DC office buildings, but the outside game is ordinary people, sharing stories talking about how web3 technologies have changed their lives,” Yang said.

He aims to show the next-generation political movement by selling NFTs. It’s unique but its success depends on whether supporters are ready to adopt this new technology and be part of it.

This project is connected to Yang’s most impactful advocacy organization for cash relief. Together with his experience and lobbying to unite the Web3 leaders and influencers for legislative efforts.

In an interview, he also shared that Web3 technologies can help Americans combat poverty while also dismissing all the misconceptions about this industry among policymakers at Capitol Hill. Due to the increasing scams and hacks in the blockchain sector, a lot of experts are hesitant about this technology. Yang has started this movement to include these law-making professionals in Web3 for first-hand experience.

Other than creating a community, the Lobby3 team also aims to build a proper Web3 ecosystem where policymakers and like-minded people can meet and discuss different issues surrounding the blockchain industry.

The tokens sold as membership passes give holders the utility to enter this ecosystem and be part of the change.

In short, Lobby3 wants to support advocacy organizations in Washington in hopes of bringing lawmakers together and educating them about Web3.

The core founders of Lobby3 are Andrew Yang, Zach Graumann, Jonathan D Chang, Patrick Lu, and Carly Reilly, The project is created in partnership with Block::Block.

Along with the core team, there are also contributing artists who are actively working to make the Web3 community a productive and progressive place.

Membership NFTs give holders access to the community. There are three tiers of NFTs, which ultimately give access to the DAO with unique avatars minted at the National Mall.

Each membership pass also gives holders the ability to vote in community proposals, discussions, and events.

The three tiers are as follows:

For Yang supporters, this project is the perfect space to get to know him personally and be part of his vision of bringing change through policymaking.

For industry leaders, this is an opportunity to connect with policymakers and other leaders who are actively working for the development of Web3 in Washington.

The most important part of the project is DAO, a decentralized autonomous organization where decisions regarding the ecosystem are made by the major stakeholders.

According to the website, the DAO enables all members to propose policy ideas, vote on different community proposals, and also vote on how the funds collected from the NFTs should be distributed.

This means the power of moving forward doesn’t belong to just Yang and the team but also to other members who have invested money in the membership passes and honestly want to contribute to this sector.

One vote = one token but the roles are distributed based on the tier membership pass. All members can submit proposals but only Advocates can approve those proposals to move forward.

There are mainly three agendas of this DAO:

The financial aspect of this project is quite important because lobbying is expensive, so to ensure the project goes long-term and is effective in its strategies, it has divided the expense by percentage.

The initial funding of 70% will be allotted to Advocacy Efforts & Infrastructure Building for partnerships with organizations like Humanity Forward, another organization by Yang, to create an effective strategy that gives possible economic outcomes in Web3. The rest of the funds will be managed by DAO:

Yang along with his team has completely planned out the entire project. According to the roadmap posted on the website, the team’s first focus was on building advocacy infrastructure by bringing lawmakers and stakeholders through partnerships with different organizations; details about it are mentioned above.

After that, the team will educate the Congress lawmakers about Web3 and introduce them to the potential this new technology holds for the betterment of the American system. There are pilot programs in partnership with Mayors and Governors from various big states to help further lobbying experience. Finally, the DAO was launched after the completion of the infrastructure.

So far, all of this is mentioned but Lobby3 is expected to grow even more as many people realize the potential of Web3. 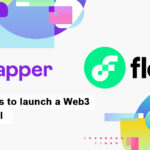 Dapper Labs to launch a Web3 Creator Tool
Next Article 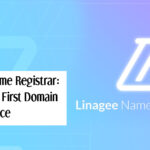