Russian artist burned her passport to express her outrage at Russia’s unjustified attack on innocent Ukrainians. She burned her Russian passport and will help Ukrainians by selling it as a Non-fungible token. 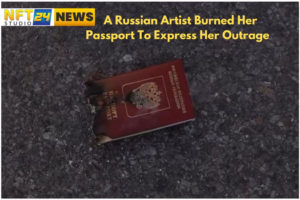 On March.3 a Russian artist Olive Allen tweeted. In which she uploaded a video of burning her Russian passport, as she strongly disagreed with Russia’s attack on innocent Ukrainians.

Allen is a Russian citizen but residing in the US for the last 11 years in New York State. She did this act to spread knowledge about the brutal action of Russia and for funding the Ukrainians.

On Friday she told Cointelegraph, that she elaborates her existence as  “a child of new Russia” and told that Russia would always be a part of her recognition.

But after a shameful act of Russia of Ukraine invasion, she had decided to finish her connection with Russia.

And for highlighting that Allen stood in front of the Russian Federation in New York City. And burned her passport, and recorded her video. 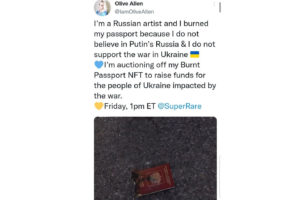 And She further told that it was the only copy of her Russian passport she had. Additionally, she has decided to place this burning passport video for auction on the NFT marketplace.

The revenue generated from the Russian artist burning passport video will be sent to Ukraine for humanitarian work.

Moreover, she told that her decision to burned her passport was instant, as she will not visit her country in the present government of brutal Russian president, Vladimir Putin.

She further added, that she totally oppose the sentences that each Russian was in favor of Military operation in Ukraine, noting the Russian artist knew that Russians are brainwashed to the point of not moving back in supporting the Russian authorities.

Words By The Russian Artist:

“I love my country but I do not believe in Putin’s Russia. I don’t see myself living there in the current situation. What’s happening right now is just heartbreaking.”

“I do not consider Putin’s Russia my home,” said Allen. “Our country has such immense potential, but the government has been f—ing people over for eternity.”

Where You Can  Bid  For The Burning Passport Video NFT to support Ukrainians?

On Friday, she will place her burning passport NFT for auction on SuperRare. She stated that she will transfer the collected Ethereum for donation to a non-profit organization, Save The Children.

The non-profit organization, Save The children works for children facing Problems like human trafficking, early age marriages, unable to complete education, and rescue from brutality.

Through the Giving Block, a non-profit fundraising platform the non-profit organization, Save the Children is accepting donations in Bitcoin (BTC) and Ethereum (ETH).

The present situation of Ukraine for the Russian artist, and even for the  Nftstudio24.com (including me, the writer) is very heartbreaking. And the action of the artist has proved that entire Russia is not in favor of Russia’s war on Ukraine.

As peace-loving Russian are supporting innocent Ukrainians through cryptocurrencies.  And for this story, the phrase action speaks louder than words set perfect.

However the Russian artist, Olive Allen can suffer from great danger if she dared to visit Russia during the present Russian Government. 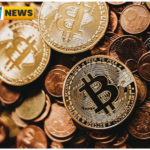 Peace-Loving Russians Supporting Financially Ukrainians Through The Cryptocurrencies.
Next Article 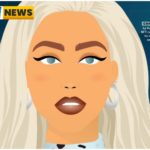