Universal Music Group’, world’s largest music company, is in the process of creating a virtual band and its members are NFT apes who are also, needless to say, virtual. Bloomberg has reported that Universal Music Group NV is combining NFTs and the metaverse in collaboration with collector Jimmy McNelis.

Four of McNelis’ NFTs are set to constitute the band called ‘Kingship’. The eccentric band members are the brooding music stereotype down to the T too, except the minor part where they’re not human beings. They are a group of four apes- three of them really bored, and one is a mutant ala X-Men.

The collection is called the Bored Ape Yacht Club. Kingship is all set to perform in virtual spaces of the metaverse, including video games, virtual reality applications and their music will be released on streaming services. One of Universal’s labels, 10:22PM, has been tasked with creating the four apes’ 3-D rendition.

“You can call it an NFT band, or think of them as characters. The characters will come to life. The apes will come to life,” the Bloomberg report quoted Celine Joshua, the head of 10:22PM. Joshua said that there will be a whole introductory ritual for the ape artists just like there is for human ones. They will be introduced to potential fans, with their background stories and how they met shared with the world. She aims for Kingship to be one of the ways that the mainstream and the metaverse collide.

Joshua was the one to pick out the lucky four NFT apes from McNelis’ collection which consists of hundreds of ape NFTs, all acquired from Yuga Labs LLC. The collection is priced somewhere around $190,000 at current prices, according to offer data on OpenSea cited by Bloomberg. Of the four apes picked out by Joshua, one is the golden ape that sold at Sotheby’s for $3.4 million. 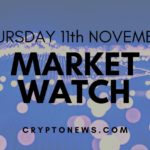 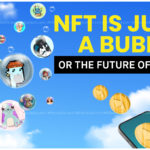 NFTs: A Bubble or Future of the ART? Why Are We Skeptical About NFTs?