With the popularity of NFTs, the gaming industry is slowly adopting the new technology on their platforms. Based on recent updates, AAA Game Studios is most likely to introduce exclusive NFTs in the coming years. Will it be successful?

Contents
How AAA Game Studios can benefit from NFT strategyHow will gamers react to this?Future of Triple-A gamesFinal words

AAA Game Studios are companies that produce AAA video games that have massive development and expensive marketing in the industry. These games have the highest budget and take years to develop by professional gaming developers. Some of the video game examples include Call of Duty, GTA, God of War, Uncharted, Red Dead, Redemption, Resident Evil, and many more.

According to various gaming experts, the gaming industry has also known the concept of NFTs in the form of digital items within the games. The only difference between traditional gaming and Web3 gaming is the aspect of ownership.

Seeing the popularity of gaming and crypto reward systems, many AAA Game Studios are most likely to adopt the NFT strategy to their games. Since Triple-A games have their own reward system, many experts believe NFTs can be a good addition to their systems.

How AAA Game Studios can benefit from NFT strategy

Many AAA game studios are planning to try out the NFT strategy in their games. Some of the most popular companies include Sony Interactive Entertainment, Nintendo, CD Projekt, THQ, Remedy Entertainment, Avalanche Studios, Codemasters, DICE, and many more.

However, instead of introducing a play-to-earn aspect, they might give it for free for certain conditions or pre-requisites within the game.

According to @DCLBlogger, the P2E games have proven to be quite unsustainable from the recent example of Axie Infinity. Although the game spiked high when it was launched, now it seems to be struggling with bringing more users and players because of unsustainability within its tokenomics model.

In the case of Triple-A Games, the gaming studios might not adopt the paid NFT strategy at all. Instead, they will start off with free NFT claims to its players.

@DCLBlogger gives the example of Ubisoft’s new project called Ubisoft Quartz. The company launched digital NFTs on the Tezos blockchain for Tom Clancy’s Ghost Recon Breakpoint last year. Players could claim it for free on Ripple. This new feature was Ubisoft’s attempt to launch itself into the NFT space. Since this launch, there haven’t been many updates about the NFT feature.

Similarly, GTA recently announced it will launch GTA 6 in 2024. Following the announcement, a leak came out of GTA 6 having a crypto reward system. Although the company hasn’t confirmed anything about this leak, the previous version of GTA 5 was connected to the stock market, so it is highly likely for cryptocurrency to be included in the new version as well.

Sony Interactive Entertainment has partnered with Tron to improve its blockchain experience for users and is most likely to introduce the NFT strategy in its games.  “…we decided to partner with the Tron Foundation to use their blockchain ecosystem for further gaming development,” said Jim Ryan CEO and President at Sony. The company plans on adding in-game purchases through crypto soon as well.

Similarly, Activision Blizzard, the developer behind the Call of Duty series, conducted a survey to see responses to NFTs and crypto in the game in April 2022. Many people claimed that the company had been considering adopting NFTs for Call of Duty. Nonetheless, no news has come out regarding digital collectibles as of now.

How will gamers react to this?

One of the biggest reasons why the gaming industry is still under consideration for the NFT strategy is due to extreme views by gamers. The gaming community has collectively criticized every gaming company that tried introducing NFTs on the platform.

Many believe that the crypto and NFT scams might break apart the whole industry and affect the gaming environment. Even with Ubisoft’s free NFT claim, the marketplace saw very less interest in gamers.

Will the Triple-A industry be able to overcome this huge challenge? After all, the gamers are their target audience.

Despite the severe backlash from gamers, Triple-A Game Studios are most likely to adopt the NFT strategy on their games; if not now then in the next 5 to 10 years.

Having high budgets and expensive marketing, the companies might be successful in one way or another to convince their target audience to try out the NFT features within their games. Some games might make it conditional instead of compulsory to get NFTs.

The gaming industry itself is highly competitive and every AAA Game Studio is looking for ways to stand out from the thousands of Triple-A games in the market. Blockchain might be the answer to this beating this competition, and companies will adopt it in the coming years.

The losses in crypto gaming might have made gamers hesitant with accepting this new technology. The everyday news of rugpulls, scams, and hacks have made the NFT industry infamous and disreputable.

However, since AAA Game Studios are well-known and have a reputation to keep, they will most likely adopt a safe NFT strategy that ensures none of the malicious activities happen.

Still, this is a big challenge and Ubisoft seems to have taken up with the lunch of Ubisoft Quartz. Will the company be successful in adopting the NFT strategy? That is the answer every gaming company seems to be looking at. 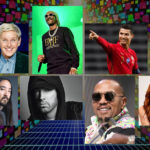 From Snoop Dogg to Cristiano Ronaldo: The celebrity wave of NFTs
Next Article