BTC and ETH fail to rise, XTZ and CHZ become the biggest performers of the week

The crypto market today continues to show a bearish pattern for Bitcoin (BTC) and Ether (ETH), the largest cryptocurrencies in the world. As a result, altcoins also failed to rise, except for Tez (XTZ) and Chiliz (CHZ) which showed a relative improvement in the market.

Bitcoin is still trending below $21,000 with resistance at $21,500. The prices remain unchanged since last week with no improvements or sudden shoot in between. Currently, BTC trades at $21,046 at the time of writing.

The NFT market seems to be struggling as well with all the prices down. It has failed to gain investors’ and traders’ trust following the crash.

Afropolitan, a DAO community for African people around the world, is building a digital nation for the African Diaspora. The team held its pre-seed funding round and managed to collect $2.1M to further this project. The digital nation will be built based on Balaji Srinivasan’s piece “How to Start a New Country.”

The history of Africa is filled with forced evacuations, colonization, slavery, and everything else done without the consent of the African people themselves. In an article by ex-Coinbase CTO, Balaji Srinivasan called “How to Start a New Country,” the writer explores various aspects of African history that have put a constraint on African descents. The nation still experiences various difficulties, especially identity crises due to this very reason.

Balaji comes up with a solution to move on from this controlled environment by building a new country with a clean slate with new lands, new companies, and new currencies. It would be called a “Network State” that will be operated online digitally.

This article inspired and opened up new possibilities for the Afropolitan team. They decided to make this article a reality by building a digital nation of their own where African Diasporic people would have a place to find their heritage and start afresh as a strong nation irrespective of their harsh past.

Afropolitan is mainly a “community as a service for the African Diaspora” founded in 2016 by Eche Emole and Chika Uwazie. The community was built to gather all Africans and celebrate culture through various events.

Initially, it was just a community of gathering but this year, the community turned into a Decentralized Autonomous Organization (DAO) by moving to the Web3 world as a startup.

The DAO is now adopting a vision of a digital nation based on the Network Slate and Afrofuturism. They are taking bold steps into the market to make this vision a reality, and African people within the Web3 space are more than thrilled to build a nation.

Afropolitan Holds a Pre-Seed Funding Round

The DAO held pre-seed funding round to make the digital nation a reality. The startup announced in a Twitter post that they successfully collected $2.1M from 25 angel investors and venture firms; Srinivasan was also part of the funding round and invested in this idea.

When asked about the idea behind the digital nation, Emole shared: “I remember there was a particular quote in the article where [Srinivasan] says, ‘Because the brand new is unthinkable, we fight over the old,’ and it put me in a depression for the rest of the year—I felt like he was trying to tell us something.”

Emole recalled he had been staying in Nairobi, Kenya in December last year, and in the early morning, around 5 am, he got hit by the idea, he told Chika, ‘Look, this may sound crazy, but I think we need to start a new country.’

Afropolitan wanted to give African people a chance to start afresh without any restrictions or historical constraints. The best way to fight against racism and hatred against African people is to build a new country that empowers people of color to explore themselves and surround themselves in a healthy environment.

For Web3, this might be a good experiment to try out a new nation in a digital form. According to Emole, this is a revolutionary project that can define the new era for Web3 space.

“We’re looking to reimagine what it looks like to have a choice, to opt-in to a nation that is powered by Web3 and the ability to easily send payments, get a loan, [or] be paid directly for creative efforts,” Uwazie said.

Since African Diasporic people are rich in diversity in terms of culture and language, starting in a new country might work as a clean slate where they can be who they want to be without being oppressed by the ruling majorities.

The main idea behind the digital nation is: “Afropolitan is the canvas; you wield the brush.”

To kickstart this project and make it a reality, Uwazie announced they will be dropping a collection featuring 10,000 NFT passports to the new digital nation. The NFTs will be minted on the Ethereum blockchain that will give owners access to enter the digital nation.

The NFTs will be revealed at NFT NYC 2022, which is happening right now. Afropolitan is attending the grand NFT event where they will officially present the idea of a digital nation to bring in more African Diasporic people to join the community.

When asked about NFTs as passports, Uwazie explained, “The beautiful thing about NFTs is you can make them non-transferable. So once you have the passport, it is your unique identity in our digital nation.”

She also shared that the NFTs will be based on Afrofuturism aesthetics designed by a well-known artist who is deeply involved with this art style in the NFT industry.

The NFT passports and media coverage are part of their first phase which is already underway with them attending NFT NYC 2022 and presenting a sneak peek at NFT passports.

In the second phase, Afropolitan will launch a supper app based on its ecosystem. Through this app, the members can make various exchanges on the digital nation. In other words, it will be a government-as-a-service feature.

The third phase is the transition from digital to virtual. The official company’s statement reads, “We will create a network of seed institutions to govern our Network, including subsidiary funds, organizations, and a developing internal economy.”

The last phase will be to partner with other governments for land space in their countries. Emole says the digital nation is a combination of Chinatown which is spread around the world in major cities and embassies as sovereign territories in different countries. In other words, it will be a full-scale sovereign digital nation.

As of now, Afropolitan is only operating on the Ethereum blockchain but the team has announced they will expand the digital nation into a multi-chain ecosystem. This will ensure every person from different blockchains has the chance to be part of the nation.

Lastly, Uwazie shared her aspirations with Web3 by saying, “I believe Web3 is going to be one of the great generational wealth transfers of our time, and we want to make sure our communities are onboarding. It’s important that they see people like us representative in the community that can speak to what is Web3, NFTs, blockchains, Ethereum, and Polygon.”

Currently, the Afropolitan community is looking for members who can dedicate themselves to the development of the projects. 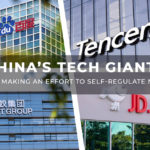 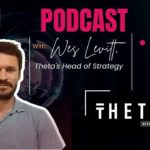 NFTStudio24 Interview with Wes Levitt, the head of the strategy at ThetaLabs
Leave a comment