Alameda Research’s investment portfolio reveals shocking details of its financial adventures over the years. According to the recent Financial Times report, the hedge fund under Sam Bankman-Fried spent around $5.4 billion on over 500 unusual illiquid investments.

From buying shares of a lotion knockoff brand to investing in Chinese media companies, Alameda wasn’t the dream hedge fund that everyone had thought of under the leadership of CEO Caroline Ellison.

A penthouse of disaster where Ellison, SBF, and other FTX executives are left empty after FTX crashed; the creditors are on a hunt to hold them accountable.

Now, the Web3 firm’s investment portfolio exposes everything the company’s representatives have been trying to hide or faking ignorance about over the past few weeks.

According to FT, the company was actively participating in different companies. The team invested $1.5 million in a fertility company called Ivy Natal, $500,000 in weight loss drug-developing firm Equator Therapeutics, $1.5 million to Evme Inc., $1.8M into Kos Therapeutics, and the list goes on.

Based on the spreadsheet data, Alameda spent most of its funds on the video game and DeFi startups along with the above-mentioned companies. The firm seems to have made investments on the behalf of SBF and FTX executives but Bankman denied his involvement or awareness of the hedge fund’s financial adventures despite actively profiting from it.

At first, Alameda was using its own funds but later when the May market collapse happened, FTX shifted towards using the user’s funds even more in these investments.

In many interviews when SBF was asked why he wasn’t aware of this big financial loophole that was draining out customer funds, the ex-CEO stuttered and said he had no confidence in answering the question. 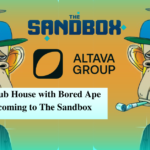 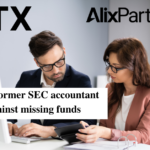