The Americans NFT have taken over the OpenSea NFT marketplace after it announced “NFT staking” functionality. The NFT collection trended in the Top 10 NFT collections 24h chart on July 21 and is currently trending #18 on the 7-day chart, making it one of the most successful NFT projects of the month. Here’s all you need to know about The Americans NFT:

What is The Americans NFT?

The Americans NFT is a collection of 10,000 utility-based pixel-generated NFTs, each uniquely created with 100+ rarity traits. The NFT collection holds the record of $1.3M traded volume in the first 5 days of the launch and ranks in the top 15 NFT projects around the world.

Representing the true American spirit with the slogan “The Americans are here to become the wealthiest group in the world”, the Americans NFT features a series of NFTs that work as PFP avatars of Americans around the world.

Despite being a new project, The Americans NFT trended on the OpenSea marketplace this week. The NFT enthusiasts are deeply interested in a country representative project building its own ecosystem that would eventually lead to building a metaverse.

The Americans NFT offer its native token and give exclusive benefits to its NFT holders including access to a private Discord community.

The Americans NFT and NFT staking

The Americans NFT introduced a new “NFT staking” functionality to its holders. According to the official press release, token holders will get a chance to earn “passive income from their NFT payed-out In the $TheAmericans native token.”

In other words, the token holders can stake, receive paid-outs from the native token via liquidity pools, and receive awards on a daily basis.

The bear market surely has changed the choices of the NFT community and people are more interested in investing in small projects that offer more utility and have a good short-term performance in the crypto market. The American NFTs offer the utility of joining Senate DAO and earning passive income through NFT staking.

The team announced every collector with 3 NFTs would receive a token airdrop, and token holders would become part of the Senate DAO, a voting platform for The Americans NFT. The members will be called the senator and will receive “a percentage of the overall generated revenue from ‘The Americans NFT tax collection’.”

The tokenomics is distributed as follows:

The Americans NFT team also announced they will be building their own ‘state land’ metaverse and the Senate DAO will receive airdrop access to the state land and its resources and capital to build their own world.

Currently, The Americans NFT has released the “Scrolls of independence” NFT collection featuring gold scrolls that will grant holders access to create a state land of their own.

As of now, The Americans NFT has completed four tasks from its roadmap. The next step will be to bring the $TheAmericans token to the mainstream market by launching it on IDO launchpads and centralized exchanges so that more people can join the community and they can expand their ecosystem better.

The Americans NFT will also launch Landsale and SenateDAO, and then eventual expansion in the Metaverse. The rest of the roadmap is blurred out to keep the suspense.

In the official press release, the team also shared their intentions to do collaborations and partnerships with different leading platforms. Currently, Mo Vlogs has joined the community, and investor Kevin O’Leary also known as Mr. Wonderful promoted the $TheAmericans token.

The NFT collection is currently sold out and the native token pre-sale will be launched soon.
For more information on The Americans NFT, visit the official website and follow @TheAmericans_US on Twitter for the latest updates. 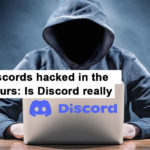 13 NFT Discords hacked in the past 48 hours: Is Discord really safe?
Next Article 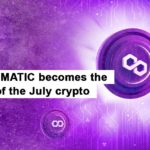