Ankr, a well-known Web3 infrastructure and DeFi protocol on BNB Chain, is under threat as hackers steal huge amounts from its staking reward token $aBNB, causing huge losses to investors and traders. The exchanges have halted trading of the token, while the coin faces a massive fall in the market.

Just when the FTX collapse wasn’t enough, PeckShield reported that Ankr was facing a sudden attack on its infrastructure. The hackers minted multi-million worth of aBNB tokens and transferred them to their wallets using Tornado Cash.

According to the sources, 20 trillion Ankr Reward Bearing Staked BNB was lost, which is estimated to be almost a quadrillion in US dollars. Lookonchain, an on-chain analysis firm, reported that the hackers dumped these tokens on Pancake Swap and exchanged it for over 5 million $USDC.

The attack appears to be an exploit of the protocol’s smart contract vulnerability due to the recent update.  The Ankr team immediately halted all its operations and shared an update about the hack on its official Twitter account.

The team also said that all the underlying assets on Ankr Staking are safe and also asked the users to remove liquidity from decentralized exchanges if they’re a liquidity provider.

Following the attack, Binance updated Twitter saying it is aware of the attack and that the user’s funds were safe on its exchange.

Ankr has promised to compensate all the users who were affected by the exploit as they are currently drafting a plan about it. 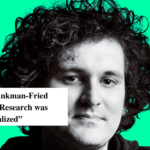 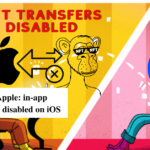