Apple and Meta seem to be in a cut-throat competition. CEO Mark Zuckerberg believes Apple and Meta are in a marathon race not only in terms of products but also philosophically based on ideas to build the metaverse, The Verge reports.

Both companies are working day and night to design the best hardware for the emerging world of Augmented and Virtual Reality.

Metaverse is the next trillion-worth industry that every big tech company is aiming at. Meta, previously known as Facebook, also recognized the value of this industry a year ago when CEO Mark Zuckerberg announced the name change and Meta’s plans to build its own metaverse.

Following the announcement, Meta has changed its social media platforms to make them more compatible with metaverse technologies. Additionally, Meta is also competing with TikTok by changing the whole Instagram look, according to Washington Post.

Now, Meta seems to be aiming at what Apple is trying to achieve, seeing it as a competitor in the tech industry.

Apple is building an AR/VR headset

A month ago, Apple hinted at the possible launch of a game-changing AR/ VR headset in early 2023, The Verge reports. An analyst Ming-Chi Kuo wrote in a Medium post that Apple’s headset would completely revolutionize the mixed reality market with its functionalities related to immersive experiences.

In other words, Apple is building a headset that offers immersive gaming and multimedia entertainment experience to the users, which metaverse aims to achieve through different applications.

Many believe this headset might compete against Meta’s headset Oculus, but later the company announced they will also launch a new AR headset by end of this year. Additionally, it will also release the first version of AR glasses for developers only who can use it to build better software experiences.

Meta and Apple are parallel ways to build the metaverse

Meta’s aim with building the AR headset is not to try out in the mixed reality but to cater to the metaverse technology, after all, its ultimate destination is building a perfect metaverse.

Zuckerberg says he’s aiming to make Meta interoperable with Android to stand as a strong competitor against Apple’s iOS.

Additionally, Apple has also denied an invite for Metaverse Open Standards Group by Meta consisting of Microsoft, Epic Games, and 33 companies that aim to build metaverse tech together. This shows Apple will be competing against Meta in the coming years for the metaverse.

“I think it’s pretty clear that Apple is going to be a competitor for us, not just as a product but philosophically,” Zuckerberg told The Verge.

“This is a competition of philosophies and ideas, where they believe that by doing everything themselves and tightly integrating that they build a better consumer experience,” He added.

He also added that Meta aims to build an open ecosystem where users can bring virtual goods from one metaverse to another. Apple seems to be closed to building its own ecosystem as it has always done with its devices compared to Android or Microsoft Windows.

In a way, Meta aims to be more open, while Apple is more consumer-driven, which shows how their philosophies differ even for the same industry. Meta aims to develop a cheaper version of the ecosystem so that more people can get the chance to try out new technologies.

All in all, Zuckerberg believes Apple and Meta will define what direction the internet will take in the next decade with their products and technologies.

As Meta rapidly expands into the metaverse, Apple is also not falling behind. Although CEO Tim Cook hasn’t hinted much about the metaverse the upcoming AR headset launch hint at the obvious that Apple will surely try out the metaverse technology in the coming two to three years.

On other hand, Mark Zuckerberg’s perspective of seeing Apple as a competitor can be nerve-wracking as both companies have an established consumer market and are going strong for years.

Will Meta surpass Apple or will Apple win the marathon race as always? This is the question every tech enthusiast is looking to answer. Surely, the upcoming Apple and Meta AR/VR headset will show just how serious this competition is. 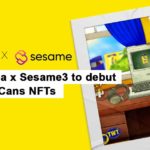 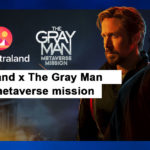