The company will collaborate with Palm NFT Studio to “establish the biggest writer’s room on the blockchain,” by including characters from Chilling Adventures of Sabrina called Archiverse: Eclipse.

Over the years, the world has witnessed many big producers and companies trying to enter the NFT world by marketing their already popular projects into new forms. Some companies succeed in profiting, while others are left with harsh criticism from fans.

The same is the case with the newly announced Archiverse: Eclipse.

Archie Comics has been releasing dozens of comics including Chilling Adventures of Sabrina. Following the success of the real-life series “Riverdale,” which attracted many fans to the comic series, the company decided to release the NFT collection to mark their entrance into the blockchain industry.

According to the publishing company, Archiverse: Eclipse is the author’s plan for an interactive NFT release prior to the brand new futuristic comic series release.

Archiverse: Eclipse is different from the regular NFT adaptations. Instead of releasing characters’ limited edition NFTs like most companies do, Archie comics’ project involved fan participation in the NFT collection.

Archiverse: Eclipse is a fan-generated NFT series that will be released on May 16, 2022. Archie fans can buy it on NFT marketplaces. The company also detailed that the collection will include 66,666 NFTs, each for $66.66. The fans who buy the NFTs will be able to access role-playing games and solve puzzles.

Archie NFT buyers will also gain access to a platform where they can share their own stories and artwork of Archie characters to the world. This will create a gateway for new artists to emerge and build a more interactive community for Archie’s world.

In collaboration with Palm NFT Studio, The CEO of Archie Jon Goldwater says, “We knew we had to find the right partner and platform to introduce Archie 3.0. We cannot wait to introduce the gang to a whole new audience in a whole new way.”

The announcement page from both companies also released exclusive details on its plan to enter the writer’s room in blockchain by saying: “…Archieverse: Eclipse collectors will be able to create and submit new storylines for their characters; with the opportunity to see their work become canon. The creators of selected submissions will be granted story credits and more from future comic series integration.”

The Archie company didn’t release many details on how it will involve writers and artists in this project, and what royalties the fans will receive if they do participate in the project.

Following the announcement, many fans are excited to see how this new way of selling NFT could be a fun and interactive activity, while others are highly critical of the new series, calling it a ripoff and the company’s persistent struggle to profit from the series due to its declining popularity.

The divided opinions leave the fans skeptical. Will the company’s attempt to enter the NFT market be a success or a failure? Only its official release will tell. 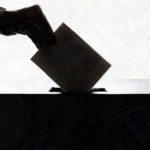 Crypto and Politics: the Politicians’ New Election Agenda to Winning Over Voters
Next Article 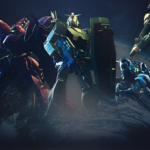