Young & Sick, a digital artist and musician, recently announced the launch of the David Bowie NFT collection in collaboration with the Estate of David Bowie to honor his love for art and his musical legacy. The NFT artworks will be released on September 30 on OpenSea.

In recent news by Rolling Stone, the Estate of David Bowie would be launching “Bowie on the blockchain” NFT projects with nine artists featuring artifacts from his archives with We Love the Arts, a Web3 Venture. The estate also shared that all the proceeds gathered from the NFT collections would be donated to CARE, a non-profit organization fighting global poverty.

“He also made digital art himself…and to me, it really became about solidifying his legacy on the blockchain, and creating beautiful, meaningful art. Having our ‘why?’ was so important, and really guided every piece of this process,” said Andrew Keller, the co-director of We Love the Arts.

Young & Sick unleashes artworks for “Bowie on the blockchain”

Following the announcement by the Estate, artist Young & Sick revealed exclusive NFT artworks as part of the “Bowie on the blockchain” project. The NFT collection will be released on Sep 30 on the OpenSea marketplace and anyone can mint for the NFTs.

As of now, no details about the collection have been shared except that it will be released on OpenSea tomorrow at 9 PM EST. The artist will also hold Twitter Spaces with FeWoCIOUS and Farokh at 1:30 PM ET. Make sure to tune in to hear all the details about this exclusive NFT collection.

A Guide to Play To Earn NFT Game
Next Article 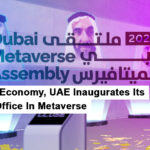