The Australian Federal Police (AFP) announced Friday that a convicted hacker “has been ordered to forfeit more than $1.66 million [Australian dollars] in cryptocurrency and cash to the Commonwealth.”

The 23-year-old Sydney offender pleaded guilty to various criminal offenses in October last year. The AFP-led Criminal Assets Confiscation Taskforce (CACT) “obtained restraining orders over cryptocurrency plus bank and Paypal accounts held in false names, but suspected to be controlled by the man,” the AFP explained.

The Supreme Court of New South Wales ordered the forfeiture of his 1.66 million Australian dollars to the Commonwealth Confiscated Assets Account last week, including more than AU$1.2 million (US$902,276) in cryptocurrency. The AFP detailed:

The amount of cryptocurrency forfeited, more than $1.2 million, is the largest Commonwealth forfeiture of cryptocurrency.
The funds will be redistributed by Minister for Home Affairs Karen Andrews to support crime prevention, law enforcement, and community safety-related initiatives, the announcement describes.

The Australian man conspired with a man in the U.S. “to steal the log-ins and passwords of streaming service customers and then sold them online at a cheaper rate,” the AFP added. According to reports, the Sydney man’s name is Evan McMahon. His accomplice in the U.S. was Samuel Joyner.

The investigation began after the U.S. Federal Bureau of Investigation (FBI) referred information to the AFP in May 2018 about an account generator website that sold stolen account details for online subscription services, including Netflix, Spotify, and Hulu.

AFP cybercrime investigators subsequently executed a warrant at the Sydney man’s home and seized cryptocurrency and various evidence. He was handed a two year and two month sentence in April. 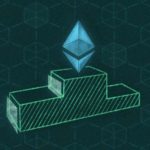 Ethereum Just Hit a New All-Time High. Here’s What Investors Should Do Next
Next Article 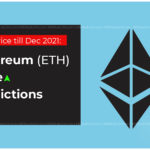