The Bank of Korea announced they launched a test program to experiment with the digital South Korean Won (KRW) connected with worldwide central bank digital currencies (CBDC). The test was completed in the span of 10 months from August 2021, according to Yonhap News.

The bank reviewed its policies regarding payment services, NFT trading, and other important digital transactions to ensure a safer environment for the citizens.

South Korea is among the top leading countries in crypto and blockchain developments. Many local companies within Korea are actively launching innovative products in Web3 while its citizens are also investing large sums of money in crypto coins, especially LUNA/UST which recently collapsed due to the bear market.

Now, the main bank seems to be experimenting with central bank digital currencies like other countries. The trials began last year in two phases:

In the first phase, the bank created a ledger-based CBDC stimulation environment where it tested different practices like manufacture, distribution, issuance, and redemption.

In the second phase, the bank expanded to advanced functions like asset and offline transactions.

After many other tests run with CDBC, including NFT trading and transfers. The bank concluded that it achieved 2,000 transactions per second but the CBDC is still at risk due to a lack of scalability and needs more improvements in case of high traffic load.

The experiment also gathered that the DLT isn’t as efficient as the centralized ledger, so the Bank of Korea will stick to it until CDBC doesn’t have any limitations. For that, the bank has partnered with 14 banks and 15 institutions to improve the existing CBDC simulation system.

South Korea wouldn’t launch CDBC this year despite a whole year of experiments. The bank seems reluctant to start this system until it is fully developed. After all, it’s a big organization with millions of users.

Like the Bank of Korea, other countries’ banks are still in their experimental phase and haven’t shown any indications of a launch this year. The LUNA/UST collapse is another factor that is preventing the banks from making any bold decisions related to digital currencies.

So far, only Nigeria has launched its CBDC in October 2021 and Jamaica is set to launch JAM-DEX by 2023. 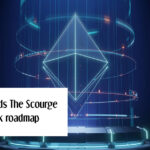 Ethereum adds The Scourge to its network roadmap
Next Article 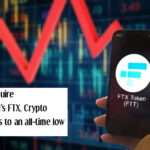