On Wednesday, Yuga Labs launched the mint for Sewer Pass NFTs for its newly launched MMORPG game, Dookey Dash. Although the passes were only for the BAYC and MAYC holders, anyone could buy from the secondary market.

The hype over Bored Ape’s first game began in December after the trailer of The Trial of Jimmy was released. The game teaser picture was released in the first week of January, gaining the attention of every BAYC fan.

The access to Dookey Dash is only specific to Sewer Pass holders, so many non-BAYC owners rushed to OpenSea to get their hands on the legendary game passes.

The NFTs were divided into four tiers based on what NFTs they hold. For example, if someone with Bored Ape also owned a Bored Ape Kennel Club NFT, they would receive a tier 4 while those who don’t will receive tier 1.

The step to claiming a Sewer Pass is quite simple, as shown in the video above. Simply connect your wallet, select the Bored Ape against your wish to claim along with the dog, if you own one, and you will receive a Sewer Pass.

Furthermore, BAYC has also applied a 5% creator royalty. According to @locationtba, Sewer Pass’s smart contract was labeled as a Registry and some transactions are also added to the blocklist such as for Blur.io, LooksRare, and NFTX.

These platforms announced they will remove or make royalties optional. So, BAYC has decided to not list their NFTs on these marketplaces and earn their royalties legally. 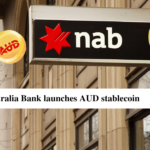 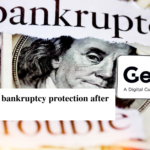