“It is time for the world to know that Jim Carrey is String Bean. And he is excited about that.”

Have you ever thought there might be celebrities secretly lurking around in the NFT community, some even might’ve even dropped their own secret NFT collections that only a few might pay attention to?

Well, this assumption became a reality when Big Head Club revealed that the actual artist behind Germinations NFT on Foundation is actually Jim Carrey himself. The NFT Studio worked with The Mask actor to mint his five autobiographical art pieces with exclusive audio of Carrey as a narrator.

Carrey dropped these NFTs under a disguised name “String Bean” that no one might’ve guessed belonged to him.

Germinations NFT collection is five art pieces with 30 seconds to 1-minute audio attached narrated by Jim Carrey as he enacts each character with a unique charm. His long history of acting has brought him enough experience to perform different characters without people finding out who it really is.

The NFT collection features Carrey’s view on society’s perception of fame, art, and value. It is an exploration of bright colors with different facial expressions that show the complexity of human nature and society.

Germinations collection showcases the artistic abilities of Carrey as an actor and artist. He personally took videos of himself acting the characters, froze the screen to the perfect moment, and painted them.

Big Head Club took those paintings and audios to convert them into a single NFT art piece. This is how Carrey’s creations came to life which holds much more value than no one realized before the big news.

The surprising thing about this news is that Big Head Club had posted about Germinations when it first dropped on Foundation on May 9. On the official Twitter, Mack Flavelle, the co-founder and CEO of Big Head Club, posted the link to the collection with the caption:

The post itself is quite apparent that someone important was behind this collection; however, no one really paid any attention to it at that time. Apparently, Carrey was trying to prove this aspect through his NFT collection. He wanted people to solely buy his work for art and not just based on his fame, and he was quite successful with this.

Big Head Club also updated the followers in a separate tweet on the same day, making it quite obvious but no one caught on the hint at all.

Flavelle revealed that they wanted to see how the community reacts to a sudden no-name project promoted by Big Head Club on Foundation. “If nobody knew it was Jim Carrey but nobody saw the art, that wouldn’t be a cool story,” he said.

The avatar on the Foundation.app profile and PFP on Twitter of String Bean is actually quite similar to The Mask protagonist starring Jim Carrey but no one was able to identify the obvious.

In an interview with nftnow, Big Head Club exclusively revealed that the real artist behind the NFT collection and the narrator of the audio is actually Jim Carrey himself, and String Bean is actually a pseudonym of the actor in Web3 space.

“We were trying to play with the audience,” explained Flavelle. “You’re literally looking at Jim Carrey’s face. You’re hearing Jim Carrey narrate [these paintings]. And you don’t know that it’s Jim Carrey. That was part of the play. And it worked.”

When explaining the visuals and audio, Flavelle shared that these audios are actually “voices inside his head” that he hears; it is kind of like an autobiographical NFT artwork that Carrey experimented with in a unique way. “They’re just isms of him.”

Flavelle also shared his experience working with Carrey and exploring his inner artistic side that brought a new side of his, never revealed before.

Carrey hasn’t been familiar with the new forms of technology or art but NFTs brought his interest. According to Flavelle, he is talented in painting things from his mind but he isn’t familiar with animation in painting; this is where Big Head Club assisted him.

Usually, when celebrities drop their art or NFT collection, no one really pays attention to the artwork itself, instead, they are drawn toward its value and the creator’s fame in the world. For Carrey, it was important for people to recognize his artistic abilities, not just his fame.

Big Head Club and Jim Carrey wanted to keep this secret for at least some years but eventually thought it was time to reveal the real identity of String Bean to the world.

Following the big reveal, String Bean has more projects coming up soon with Big Head Club. Flavelle believes that the identity of Jim Carrey as an artist will blend with String Bean in the Web3 world.

“I think the acid of reality has dissolved that which is Jim Carrey, the artist, and what remains is String Bean,” he said. “That need to create is deep inside him.”

Carrey is more than ready to unleash his creative mind and explore different possibilities of art with NFTs and animations. Flavelle didn’t share many details on his upcoming projects since they haven’t started on one yet.

We believe it’s going to be:

As the bio for String Bean on Foundation reads.

The String Bean reveal also came with an official statement from Jim Carrey where he introduces himself as “Jim Eugene Carrey” and shared that his childhood nickname was “Jimmy-Gene The String Bean because of my long thin and abnormally flexible physique.”

He further explained his idea of String Bean as an artist by saying, “People try to define and differentiate each other in many ways, some endearing and some not so [endearing] — but we aren’t separate. Every character we meet is a different side of the same precious diamond. I try to find all those characters inside me. Someday, I may release the vocal and facial character study videos this group of NFTs are based upon. I enjoy using original methods that don’t have a clear category yet…for better or worse.”

As of now, the floor price of the Germinations NFT collection on Foundation is unknown but the highest sale from the collection was 0.55 ETH for The Bottles that Empty Me. The demand for Germinations is most likely to rise as more and more people find out the true identity of String Bean. 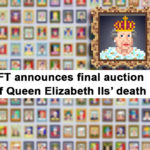 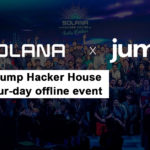