It has only been a month since the Binance-FTX fallout brought the market down, yet the trust in centralized exchanges hasn’t recovered yet.

Market analysts and experts are closely watching the movements of these trading platforms; a similar situation happened on Sunday when a lot of people raised suspicions about the unusual movement of Altcoin prices.

To clear any misunderstandings, Binance came on Twitter to share that it was aware of the situation and closely monitoring its exchange.

The movements hint at a possible hack or stolen API keys, but the exchange denied these allegations by saying the users’ funds are safe from any breach of security.

Later, Changpeng Zhao came on Twitter and shared that the investigations so far reveal that it’s market behavior and nothing major to worry about. He said that it’s just one account depositing and buying, while other accounts follow, which doesn’t indicate any hacker movement.

As a precaution, Binance suspended withdrawals for some accounts linked to altcoin trading. However, the exchange resumed it after receiving backlash on social media for controlling users’ right to make transactions.

It’s true that centralized exchanges have the right to limit withdrawals and deposits. Although Binance calls it a “balance of intervention,” this situation convinces many anti-CEX supporters to authenticate the “Not your keys, not your wallet” agenda. 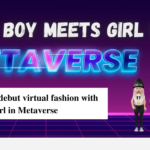