Some investors have predicted even bigger gains for Bitcoin, despite continued criticism of the cryptocurrency by JPMorgan Chase (JPM)CEO Jamie Dimon, who has called the coin “worthless.” 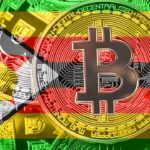 An NFT winter is coming and ‘I can’t wait’: Gary Vaynerchuk