Bitcoin Association (BSV) is a non-profit organization in Zug, Switzerland that works with Bitcoin SV Blockchain to introduce new educational developments related to its ecosystem and protocol.

The organization is a global platform where startups, corporations, developers, merchants, exchanges, service providers, blockchain miners, and others gather to learn and be part of the Bitcoin SV ecosystem.

The organization’s annual report was released that reports on different courses, events, and developments to educate users about blockchain and Bitcoin SV ecosystem that took place from 2021 to 2022.

Bitcoin Association’s Managing Director Patrick Prinz begins that video by introducing the educational vision of the Bitcoin Association. “We try to stimulate innovation, stimulate creatives, and we want to be really an open and welcoming organization that allows the creatives to experiment with the new technology,” he said.

Prinz also shared that he wants to see the unreleased potential of the BSV ecosystem and to go beyond the limits of the already-established system to explore the world of blockchain. This is why educating users about Blockchain and BSV is essential through the BSV Academy.

Some of the recognizable moments by BSV Academy mentioned in the report include:

Each course varied in terms of Beginner, Intermediate, and Expert to simplify the learning process. The in-depth mini-courses introduce learners to Bitcoin, Blockchain, and BSV Blockchain. The organization believes these educational courses can help users better understand the design of its blockchain and build it better.

Over the past year, Bitcoin Association announced collaborations with Saxion University in the Netherlands, the University of Karachi in Pakistan, and the University of Sharjah in UAE to introduce online courses related to BSV blockchain education.

To help Chinese native speakers learn better in their own language, Bitcoin Association launched the Chinese BSV Academy in May 2022 in partnership with the Chinese Software Developer Network and Keyi Tech.

An authentic certificate was issued to the blockchain developers who completed BSV Academy’s Introduction to Bitcoin Theory free course and passed the exams.

The Bitcoin Association has been actively participating in different educational events and conferences to educate the general public about various aspects of blockchain technology and how BSV blockchain can help.

As the blockchain industry expands and people adapt to Web3, it is more than important for companies to take educational initiatives.
NFTStudio24 is also taking an educational initiative as a global media platform to educate its readers about metaverse and Web3. The ‘Metaverse Awareness Program’ will soon be launched across the globe. 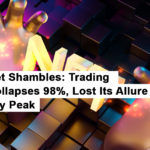 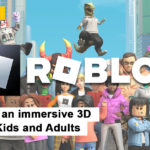 Roblox Metaverse Review: A Guide to an immersive 3D World for Kids and Adults
Leave a comment