Crypto winter seems to be melting away, or is it too early to think that way? Bitcoin (BTC) prices show that the market is rising slowly day by day with an expected bull run this week.

Today, the world’s biggest cryptocurrency price teased at $25,000 and then dropped again within the $24,500 range.

The crypto industry is finally taking its turn to rise. August has brought so many pieces of good news for the crypto community, including the merge’s successful last testnet deployment.

Many experts had predicted that ETH prices and the overall crypto market will see a rise when the merge nears. The ETH 2.0 was supposed to happen in July and many traders believed they will see good trends during the month, but the sudden delay got them in quite a distress.

But now, everything is set, and the ETH developers are more than ready for the mainnet launch, expected to come in the second week of September, according to Vitalik Buterin, the co-founder of Ethereum.

On other hand, Bitcoin seems to be doing quite well. Of course, unless the largest crypto coin regains its bullish pattern, the whole market is most likely to stay the same but BTC prices are showing good improvements, especially last week.

The BTC community and the rest of the crypto market have been closely watching the rise and fall of Bitcoin for the past few weeks.

The BlackRock team said, “Despite the steep downturn in the digital asset market, we are still seeing substantial interest from some institutional clients in how to efficiently and cost-effectively access these assets using our technology and product capabilities.”

The firm has previously announced a partnership with Coinbase to expand its business to crypto investors. With the spot Bitcoin fund trust, the firm will officially enter the crypto industry.

This news is said to be one of the biggest reasons why BTC rose to a bullish pattern. Overall, Bitcoin is strong enough to rise on its own but looking at various factors influencing crypto prices is also essential.

On the first day of the week, Bitcoin teased $25,000 for a short time. The Twitter community showed quite an excitement seeing the BTC prices going up. However, after some time, the price dropped again to the $24,500 range.

Moving on to Bitcoin price analysis. Based on TradingView, BTC prices are currently trading at $24,131 with a high of $25,135. This means Bitcoin has already entered the $25,000 range and crypto traders can expect a bull run within this week.

Looking at the chart, the trends have been constantly rising slowly upwards on the 7-day chart. Additionally, the Fear and Greed Index also shows Neutral for Bitcoin, which means the traders are also bullish about the crypto market.

Other than Bitcoin, Ethereum has been the talk of the town but the biggest gainer of the day and last week is Shiba Inu (SHIB) coin.

The coin gained its momentum on August 14 and broke out from the cup-and-handle movement, an up and down trend in a u-shape in the first phase, and then a sideways or decline in the second phase.

The sudden break out from its pattern comes after the Shiba Inu team announced that SHIB will be listed in the Binance card issued in Europe. “You can now pay with SHIB at 60+ million merchants worldwide. Furthermore, get up to 8% cashback and zero annual or FX fees!” the team said.

Overall, the crypto market is showing bullish signs for traders. The community is also radiating positive vibes seeing the slow rise in the prices.

Previously, people held this false belief that the market will rise by seeing small upward movements. Now, it is different because the circumstances and the patterns show an upward prediction.

According to various sources, this week Bitcoin is expected to have a bull run at $25,000 and over. Traders seem bullish for this week.

Note: NFTStudio24 is not a financial advisor or expert. Make financial decisions at your own risk. 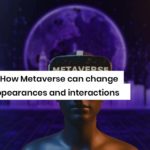 Opinion: How Metaverse can change social appearances and interactions
Next Article 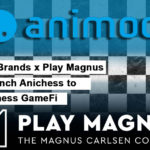