BTC prices have continued their slip despite hints of recovery on Thursday morning. Bitcoin is currently trading at $60,879 (roughly Rs. 45.2 lakh) on the Indian exchange CoinSwitch Kuber while global exchanges like CoinMarketCap value the most popular cryptocurrency at $55,950 (roughly Rs. 41.5 lakh).

Talking percentages, the past 24 hours have seen Bitcoin slide 7.55 percent, dipping well below the $60,000 (roughly Rs. 44.7 lakh) mark that it’s been hovering around for the past few days.

This also marks the cryptocurrency’s lowest valuation in over a month, a stark contrast from the $68,990 (roughly Rs. 51.18 lakh) all-time high achieved last week.

Bitcoin’s struggles appear to have percolated to every other crypto asset too, as the global crypto market capitalisation saw a 5 percent dip overall. Ether dropped 6.84 percent over the past 24 hours to be valued at $4,406 (roughly Rs. 3.27 lakh) on CoinSwitch Kuber while values on global exchanges see an average dip of 5.28 percent to $4,042 (roughly Rs. 3 lakh). Gadgets 360’s cryptocurrency price tracker shows that the Ethereum-based cryptocurrency has seen a correction of more than 15 percent since its November 10 all-time high of $4,870 (roughly Rs. 3.61 lakh).

“The crypto market witnessed a volatile 24 hours as Bitcoin dropped towards the $57,000 [roughly Rs. 42.3 lakh]. The largest altcoin, Ether, moved closer to the $4000 [roughly Rs. 2.96 lakh] mark. All of the top 30 cryptos, barring the stablecoins, ended in red. With the weekend approaching, the coming 24 hours would likely remain volatile,” states Edul Patel, CEO and co-founder of AI-driven crypto investment platform, Mudrex.

On Thursday, Prime Minister Narendra Modi said all democratic nations must work together to ensure cryptocurrency “does not end up in wrong hands, which can spoil our youth” during a keynote address. PM Modi’s first public comments on the topic of cryptocurrencies happened after he convened a high-level meeting with market players last week, held to discuss issues related to crypto regulation and to hear concerns over the current state of affairs in the unregulated crypto market in India.

The government aims to introduce and pass a cryptocurrency law in the parliamentary session that begins this month.

Closer home, the Chinese government isn’t letting up any pressure on its internal crackdown on crypto as popular cryptocurrency news outlets now appear to have begun suspending operations. Crypto outlets ChainNews and Odaily have both become inaccessible over the past few days and neither of the outlets have stated a reason. Instead, both outlets have continued their activity on Twitter and Telegram, apps that are banned in China.

Interested in cryptocurrency? We discuss all things crypto with WazirX CEO Nischal Shetty and WeekendInvesting founder Alok Jain on Orbital, the Gadgets 360 podcast. Orbital is available on Apple Podcasts, Google Podcasts, Spotify, Amazon Music and wherever you get your podcasts.

Cryptocurrency is an unregulated digital currency, not a legal tender and subject to market risks. The information provided in the article is not intended to be and does not constitute financial advice, trading advice or any other advice or recommendation of any sort offered or endorsed by NDTV. NDTV shall not be responsible for any loss arising from any investment based on any perceived recommendation, forecast or any other information contained in the article. 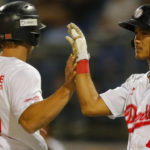 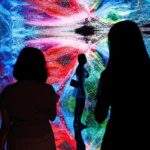 NFTs Are Huge. But What Exactly Is A Non-Fungible Token? 10-Point Guide