Bitcoin has witnessed a fall of around 7.21 per cent in the last 24 hours, while Ethereum has plunged by around 7.98 per cent over the same period.

Bitcoin has witnessed a fall of around 7.21 per cent in the last 24 hours, while ETH has plunged by around 7.98 per cent over the same period.

“Solana-focused funds gained $9.8 million and seem to be getting stronger. These inflows are likely a result of a rise in the positive investor sentiment for ‘world computer’ coins, including Polkadot (DOT) and Ripple’s XRP,” says Gaurav Dahake, CEO and founder, Bitbns, a cryptocurrency platform.

Even though Ether fell 7.98 per cent over the last 24 hours, investments in funds focusing on Ethereum totaled $17 million, with the total AUM surpassing $21 billion for the first time, according to Bitbns. 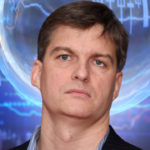 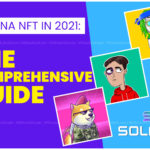 Solana NFT in 2021: The Comprehensive Guide