Core Scientific, a well-known crypto and Bitcoin mining giant firm in North America, has filed for Chapter 11 bankruptcy, CNBC reports. According to the firm, bankrupt Celsius was once its customer but after the firm liquidated its assets due to insolvency, the miner’s financial stability went on the crisis.

The platform filed the case this Wednesday but claimed that they will still continue towards positive growth and mining despite being insolvent.

Core Scientific mines cryptocurrencies built on a proof-of-work consensus mechanism in which high computation power and mathematical equation solutions are required to validate transactions and create a new coin. Bitcoin is the largest PoW cryptocurrency in the world, so most of its investments were made on this coin.

Although the firm promises to keep the positive cash flow, it’s still not enough to pay back its debt. Thus, it decided to file for insolvency in the Texas court.

Core Scientific isn’t the only miner to suffer, Greenidge Generation, Marathon Digital Holdings, and Compute North also dropped to an all-time low due to the crypto winter. 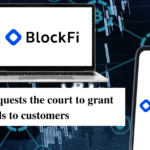 BlockFi requests the court to grant withdrawals to customers
Next Article 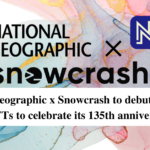