BTC bounces back with a surge in prices indicating a high weekly market. On May 30, BTC/USD showed a bull market for the upcoming week by gaining an increase in prices. Nonetheless, some investors are still skeptical about this sudden overnight peak.

Last week, BTC closed with a bearish market. Based on the May 29 candle close, BTC was already on the verge of bear market, ruining the weekend for everyone. However, the prices made a rebound in the opening week. On Monday, May 30, the global crypto market saw improvements in BTC prices giving way for bulls to hope for the best.

In contrast to this sudden increase, BTC sealed a nine-week long continuous downsize trend, which has never happened before in the history of BTC. Many believe the nine-week long streak is more essential to consider than an overnight price increase. Since the cryptocoin is backed by some of the biggest investors, this bounce back might not be a big deal for traders.

To be short, the crypto community and analysts seem to have divided opinions. BTC prices are essential this week as it will determine whether the king of cryptocoins will show a bullish market or lower to an even more bearish pattern in June?

Here are some factors that might influence BTC prices this week that you should know about:

Traditional stock market is also facing a bear market rally after a few weeks of downsized trends. As the United States remains closed for its public holiday on 30th May, the Asian and European stock markets can be analyzed to know BTC price prediction.

According to various news outlets, Asian stocks return back to form after facing some losses in the past few weeks. BTC is expected to show moods based on the Asian market.

Many believe that BTC’s sudden price increase on Monday might be influenced by the U.S stock market. Research Analyst, Juan Pellicer says, “I think the recent BTC price action is very influenced by the US markets bounce. SP so far is bouncing almost 10% from the lows of last week, so there might be part of the market believing that after the last sharp correction we are in for a fast recovery.”

This is quite opposite to last week when Bitcoin failed to catch up with the stock prices. On May 27, The S&P 500 increased by 2.47% and the Nasdaq Composite Index went up by 3.33%. In the end, BTC lost ground against the equities.

Since cryptocurrencies are now taken over by the World Economic Forum, many crypto enthusiasts believe this week’s market will show some improvements, at least before the U.S. Federal Reserve meeting in mid-June.

The restrictions by Fed and other banks have made stock traders feel hopeless and a major recession for economies to pay. The increasing inflation is also worsening the situation even more.

According to the head of investment specialists at Citigroup Australia, Mahjabeen Zaman, “We are in the middle of a bear market rally,” she says, “I think the market is going to be trading range bound trying to figure out how soon is that recession coming or how quickly is inflation going down.”

June 1 will be a defining moment as the Fed will reduce its balance sheet, which has gained over $8.9 trillion. The European Central Bank (ECB) also announced to pause its asset purchases in the upcoming months. Furthermore, the Eurozone will release consumer price index (CPI) data before the U.S.

All these activities are bound to mess up the stock market again as investors desperately search for stability. And many predict that the market will face a worse situation in the coming weeks.

Since almost all cryptocurrencies are compared against USD, the currency value is quite important in making price predictions for BTC.

Based on recent reports, the U.S. dollar index has been strengthening since last year. These levels have never been higher since December 2002, and the strengthening indicates crypto might also see a bull market. An inverse-correlation for BTC-DXY chart uploaded by Crypto Rover gives hope to BTC investors for a good week. He analyzed the previous records to make this prediction.

But Crypto Ed is bearish with this price prediction. According to him, dollar value is weakening, so the BTC market might not see a bull market anytime soon. He says, “DXY is printing a reversal pattern, a falling wedge. Another reason for not being too enthusiastic for BTC.”

3: Is it a bear or bull? The divided market analysis

With the sudden surge of prices, not everyone is bearish for this week. Many analysts are hoping to see more greens in the coming week. On May 30, 2022, BTC broke the tradition overnight.

The improvements in BTC price also comes from China’s announcement to relieve its COVID-19 restrictions and kickstart its economy by opening doors. Asian stock trading market saw a sudden increase in its trends. Japan’s Nikkei and Hong Kong’s Hang Seng index surged by 2% indicating that the market is more than ready.

Thanks to this sudden surge, the BTC traders saw the coin outperforming the equities before European trading opened up. The red candle on BTC/USD chart turned green overnight as prices increased by 5.3% to new levels of around $30,700, which was initially set at $29,300.

In response, the Altcoins also turned green and overall the market recovered $60 billion market cap in the last 24 hours. This improvement brought excitement among traders who saw it as a signal for the bull market.

Jordan Lindsey, founder of JCL Capital tweeted the good news but also warned to observe the prices until BTC indicates key levels. The king of cryptocoins needs to first pass the $31,000 range to predict a bullish market.

For bear predictors, this was just a small bounce back that would eventually go down in the coming week.

TMV Crypto also added to their opinion by calling these prices as support levels for this week.

Crypto Ed joins the bearish analysts by showing his analysis. He warns his followers to remain cautious over the prices.

Furthermore, a comparison between BTC and CME Futures on TradingView also indicates a bearish market with a gap on May 27 at $29,000.

Compared to the usual narrative that BTC will fall further after the rise in the week, an analysis by CryptoQuant CEO Ki Young Ju shows otherwise. According to him, the BTC/USD is at the same stage it was in March 2020. He studied Bitcoin’s realized capitalization distribution which indicates promising results for the week.

On his official Twitter, Ki Young Ju tweeted a chart analysis of his narrative by quoting the realized cap through UTXO age bands. Realized cap is a type of market capitalization that values unspent transaction outputs (UTXOs) based on the BTC price when it last moved, in contrast to its current value.

The chart below shows BTC has 62% of realized cap from six months ago or more.

The realized cap indicates floor territory for BTC price based on the March 2020 crypto crash. In simple words, the cryptocoin is nearing a cyclic bottom. Ki says “Now UTXOs over 6 months old take 62% of the realized cap. In the 2020 March great sell-off, this indicator reached 62% as well.”

This analysis is a bit conservative because the current trends don’t indicate a similar market as March 2020. So, this might not be a close prediction for the coming week’s BTC prices.

Will BTC prices ever turn green?

Amidst the bear market, every trader asks the same question: will BTC prices ever turn green? The answer is yes, only if the market shows a continuous bullish pattern. Right now, the investors and traders are quite skeptical since the BTC price increased overnight with no guarantee whether it will drop or rise.

To avoid risks and losses, traders will only trust the crypto market once prices give a better support and resistance level. For the past 6 months, traders have faced a downsized market, so gaining their confidence is only possible through long-term price stability that will eventually turn the trends green.

The month of May has been especially depressing for traders with the worst breakdown for BTC and other cryptocurrencies, according to the Crypto Fear & Greed Index, the chart hit 8/100, much similar to when the pandemic hit in March 2020.

The chart indicates that traders are still fearful. According to The Wolf Of All Streets, they are now turning towards long-term buying opportunities after seeing the risks and failures of Bitcoin and cryptocurrencies.

To conclude, unless BTC doesn’t show stability in its prices this week continuously, the traders will remain skeptic. With the increasing inflation rates and Russia-Ukraine war, no one is sure whether BTC will turn green or not but the week is on with a good start. 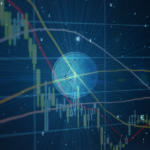 Is Ether (ETH) on the verge of a major sell-off?
Next Article 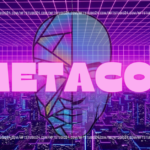