Crypto news today shows Bitcoin (BTC) regaining momentum as it increases by 1,400 points, while Ether (ETH) gained 130 points in the last 24 hours, and Polygon (MATIC) hit 16.47% becoming the biggest gainer of the day the crypto winter seems to be unfolding slowly with the market on a steady rise.

The dreadful crypto winter that buried Terra’s ecosystem, 3AC, other crypto firms, and the whole Web3 industry for months is finally melting the hard ice. The fresh breeze of the price increase by major cryptocurrencies today has made every trader sigh in relief.

Last week Bitcoin showed one of the worst declines as multiple crypto firms reported bankruptcies. Many predicted that Bitcoin might lower even more than before, but this week starts with good news for the crypto community.

The oldest and biggest cryptocurrency in the world, Bitcoin (BTC) finally rose to a new high this week as it hit a 24-h high of 1,400 points. According to CoinMarketCap, Bitcoin rose 2.74% and is currently trading at $21,995 at the time of writing.

Last week, Ethereum announced a new shadow fork that would ultimately lead to The Merge ETH 2.0 in the coming months. This news pushed the Ether prices to their highest peak. In 7 days, Ethereum rose almost 29.15%, based on the CoinMarketCap data.

Today, as the new week begins, Ethereum rose by 130 points to over 8.54% with a 24-h market volume of $23B which increased by 9.39%. The news itself improved the coin’s prices. Many believe when The Merge happens, Ether will rise to an all-time high by the end of the year 2022.

Polygon becomes the biggest gainer and Other altcoins

Other than Bitcoin and Ethereum, the biggest gainer of today’s market was Polygon (MATIC) which rose by 16.47%.

Polygon’s rise might be the result of its recent announcement of a partnership with Disney for the Disney Accelerator 2022 program. Polygon is the only blockchain selected by Disney for this year’s program to develop AR, VR, and metaverse technology.

The crypto market opened the week with good news for the community, especially Polygon.

Despite the crypto winter, the developers, creators, and builders have been working day and night for Web3 development by releasing new projects and updates. Now, the crypto market seems to be catching up with the growth aspect as Bitcoin rises to a new resistance level.

This news comes as a surprise because the Fed reported a CPI increase of 9.1% but the Bitcoin showed no effect of the inflation report by slowly rising over the weekend. Is crypto winter truly over? This week will definitely answer the question. 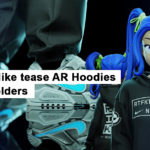 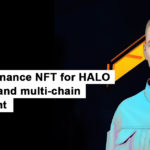