Bitcoin Showed All-time high network difficulty Despite price swings. And it will continuously grow robustly by acquiring another all-time high in the upcoming 12 days.

According to the data by BTC.com, the bitcoin network showed a new all-time high mining difficulty of approx 26. 643 trillion, along with an average hash rate of 190.7 exa hash per second (EH/s).  That defines a full back by the community, regardless of a present declining market.

The bitcoin network difficulty is recognized by the whole computational power. Which co-relates to the difficulty of bitcoin in verifying the transactions, and mining.

A blockchain.com  statistic report is proof that shows that bitcoin network difficulty experienced a crisis between July and May 2021. There could be many reasons behind the crisis such as an implementation of whole Obstruction cryptocurrency mining in china.

Additionally, As the replaced crypto miners restart the operations from other countries. The bitcoin network recovery showed an extreme recovery, since last August. Consequently, on Saturday the bitcoin network showed an all-time high of 26.643 trillion.

Furthermore, the data from BTC.com evaluates. That the bitcoin network will remain growing by achieving another all-time high in the upcoming 12 days. Along with a network difficulty of 26.70 trillion.

Previously, in the last few days, the  F2Pool has been the highest giver to the hash rate by mining,  88 BTC block followed at 66 blocks, by Pooling. A day prior, the average fee per transaction, was around $ 1.58, a worth that skyrocketed in the past at $632.78, last April 2021.

Regardless of Federal tension for strict Monetary Policies on cryptocurrencies,  the Bloomberg commodity strategist, Mike McGlone, recommends that bitcoin has the potential to stand on top. As investors understand its worth as a digital reserve asset.

As Per the Cointelegraph report, the strategist has faith that bitcoin is in a  place, to outperform in an ecosystem where stimulus reduction is normally considered negative for risk assets.

“Cryptos are tops among the risky and speculative. If risk assets decline, it helps the Fed‘s inflation fight. Becoming a global reserve asset, Bitcoin may be a primary beneficiary in that scenario.”

The news source is Cointelegraph. 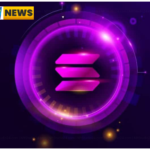 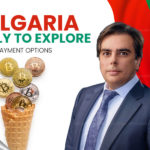