“The Miami Bull” grabs the world’s attention at the global #Bitcoin 2022 conference with its laser blue eyes, symbolizing the upcoming crypto era that will transform Miami’s future completely.


On Wednesday, Miami’s Mayor and crypto enthusiast Francis Suarez revealed “The Miami Bull, ” a 3,000-pound weighing, 11 feet tall, made from Chrome and Fibre-glass statue to commemorate the first day of the global #Bitcoin2022 conference.

When asked about the meaning behind the fierce Charging Bull, Miami’s Mayor elaborated that it symbolizes Miami’s future as the hub of modern finance. Suarez is optimistic that the Bitcoin 2022 conference will unveil some of the world’s biggest inventions and innovations in the crypto world, and “The Miami Bull” is a great way to kick start the new era.

The black-colored bull is a reimagined Wall Street statue as an “ultramodern” robotic masterpiece to celebrate the world’s advancement into cryptocurrency.

Furio Tedeschi, the artist behind the bull statue and Transformers concept designer, worked with Tradestation to bring this bull to reality. It took half a year with a 30 people team to finish the futuristic crypto bull.

However, the statue lacks one thing that arouses curiosity among the onlookers: The Bull is castrated. According to Marco Carrucciu, the vice president of Tradestation, not including balls was intentional to promote crypto as an equal opportunity for all gender identities. “Prosperity and wealth shouldn’t have any gender,” He says,

Tedeschi says, “I’d designed some huge, mechanical balls.” Suarez commented on the Bull’s lack of anatomical part by saying, “[In] Miami we have big balls.” For him, the bull holds special importance to epitomize Miami’s future. “I think what it symbolizes is the metamorphosis from the old economy to the new economy,”

The #Bitcoin2022 global conference in Miami will kick start the transformation of America towards cryptocurrency as the new economy. “It’s hard to deny this is an amazing opportunity for companies to come here and build out their project in crypto,” says John Bartleman, CEO of Tradestation.

The bull will later be placed at the Miami Dade College as a monument to Miami’s upcoming crypto era. 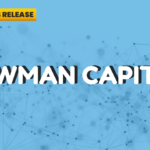 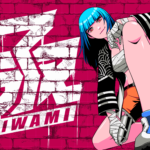