Bitfinex declared zero bans on crypto holdings to non sanctioned Russians. As the crypto community is in favor of common Russians. During many businesses are leaving the country. 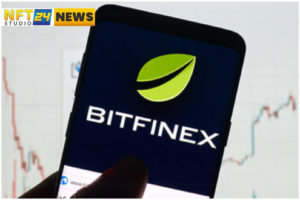 After the war between Ukraine and Russia, many businesses worldwide prohibited the Russians. But in contrast, some companies are supporting the rights of non-sanctioned Russians.

On Thursday, the chief tech officer of Bitfinex Paolo Ardoino stated that. Bitfinex will not one sided block the crypto accounts of common Russians consumers as related to the international sanctions. Until received any pressure to take action against common Russians crypt holders.

However, aside from favoring the rights of non-sanctioned  Russians he made clear that. The crypto exchange Bitfinex has approved all the suitable  actions in opposition to sanctioned or banned Russians.

Due the ongoing conflict between Russia and Ukraine is not justified and against humanity.Also, his opinion is that the actions of the government does not describe  the desires of individuals.

Our view is that the actions of a government do not necessarily represent the wishes of individuals. Unless we are otherwise directed by the regulatory authorities by which we are governed, we want to protect the accounts of all our customers.

As well, The officer has made it clear that Bitfinex will continue providing its service to Russian customers. But he has not talked about the details of the Bitfinex market located in Russia.

Surprisingly the Bitfinex is not the one standing in favor of supporting the common Russian people. As well,  the Chief compliance officer at Bittrex  also declared that. It will stay compliant with the sanction demands.

As well, another London based crypto exchange, EXMO, declared that. They are standing in support of common Russians. But EXMO’s head of business development, Maria Stankevich also said that. If united British’s  financial regulatory authority, FCA, ordered to impose sanctions against common Russians they will obey.

Bitfinex declared zero  bans on crypto holding to non sanctioned Russia. Until or unless the crypto exchange Bitfinex received any strict orders from financial authorities.

As after Russia’s Ukraine invasion the international financial authorities imposed strict orders against the Russian financial system. But the Bitfinex chief tech officer cleared that they will not ban any crypto accounts of common Russians.

As according to him it’s against humanity, also the individuals are not responsible for the government’s actions. Unless they receive any pressure from the authorities.

And please share our news in your circles. To help us grow and spread awareness about hot topics revolving around NFTs and digital currencies. 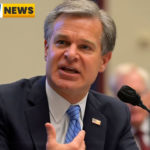 The FBI Retains The Power To Capture Russia’s Potential To Bypass The Sanctions, According To FBI Director
Next Article 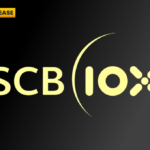