Blame Farokh or #farokhsfault has been trending this week, and it’s all farokh’s fault! The Rug Radio host and a well-known personality in the Web3 community on Twitter, Farokh has taken over the internet. Join the fun trend and blame all your problems on Farokh!

Contents
What in the world is #blamefarokh?!Blame your problems on farokh!Final words

What in the world is #blamefarokh?!

If you’re a normie or a newly hatched chick in the Web3 Twitter, then you wouldn’t know what #blamefarokh is all about! We’re here to explain it to you!

So, basically, the trend of blaming all your problems on farokh is like a meme that began after the influencer sold some of his Cool Cats NFTs.

Of course, there’s nothing wrong with that but some people found it problematic. Someone DMed Farokh and blamed him for all the losses in his NFTs; this is where the meme officially began.

Now, people began to make fun of those who sell-shamed Farokh over an NFT collection and this has become a legendary meme on the internet.

Blame your problems on farokh!

Didn’t have a good day at work? Farokh is probably the one to blame for it; he must have done something!

Lost a bid for your favorite NFT? Farokh must be behind it; he must’ve conspired with the buyer!

This is a fun meme amidst the market recovering from the bearish patterns. The NFT community seems to be enjoying the whole fiasco as Ethereum prices climb to $2,000. If you’re a new user, this is a good time to be active!

We’re seriously loving the positive energy from the Web3 community. This meme shows that NFT enthusiasts are still hopeful about the market and overall industry.

If you go to Farokh’s profile or click on the hashtag #blamefarokh, you will see dozens of tweets blaming farokh for their problems.

Here are some of our favorites!

That pain and sudden burst of anger when you hit your toe at a piece of furniture but can’t blame it on anyone: https://twitter.com/michaela_nft/status/1557741986483867654?s=20&t=MoIa0bXJPJ8BgHFdchRwhg

The ice shouldn’t melt, why is it melting?

Someone broke their arm and blamed it on Farokh

The Titanic also sank because of farokh

The NFT community is widely known for being close and friendly with each other. Almost all Web3 enthusiasts support each other. This is one of the best things about the blockchain world that has attracted many people.

The Twitter trend #blamefarokh is not just a meme, it is also a way to protect Farokh from all the hate he received. Farokh himself has been thanking people for lifting his spirits up after getting all the hate comments.

So if you had a bad encounter today and no one to blame, then blame it on farokh! 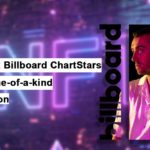 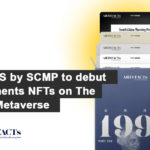