Last week, one of the most-established blockchain-gaming platforms launched its first governance event.

Blockchain Cuties Universe has been on the nonfungible token (NFT) gaming scene since the industry’s inception, constantly developing and adding new mechanics. Now, the team has presented its latest addition — the game’s official governance tool.

The first governance decision facing the game’s community deals with its seventh-season finale. Players can decide on the season’s concluding turn of events and the following in-game update.

To cast a vote, players can use the game’s governance token Blockchain Cuties Universe Governance (BCUG). The more BCUG one has, the more power their say holds.

The BCUG token’s decentralized finance (DeFi) governance is a direct result of the team’s earlier approaches to community-driven development. The DeFi system is much more transparent and allows the most invested players to decide on the game’s subsequent development.

Blockchain Cuties Universe is an NFT-collectible game running on five blockchains, famous for its adorable artwork and innovative gameplay mechanics.

The game offers vast possibilities to explore, trade and create in a dynamic environment, with regular in-game events and competitions offering new content and opportunities.

By signing up, you agree to our Terms of Use and acknowledge the data practices in our Privacy Policy. You may unsubscribe at any time.
Share
What do you think?
Love0
Sad0
Happy1
Sleepy0
Angry0
Dead0
Wink0
Previous Article 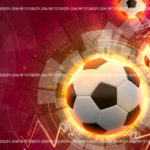 How The Football World Has Embraced Digital Assets
Next Article 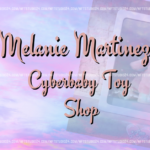 NFT review: All you need to know about Melanie Martinez’s Cyberbaby Toy Shop
Leave a comment