Blockchain games are a new way for gamers to play. This new technology will change the game forever.

As it currently stands, the gaming world is set up so that distrust is common among enthusiasts with concerns around the management of in-game assets. With the economy growing quicker than ever before, players have had a seemingly difficult time verifying the scarcity of their assets or guaranteeing real ownership, not to mention the concerns around the technology being registered and monitored via a secure system.

Among other benefits, blockchain has proven to help many industries that once lacked accountability. The technology itself facilitates transactions that are immutable or unchangeable between two strangers on the internet. In practice, this feature can prove fairness to all players through the scarcity of in-game assets, including nonfungible tokens (NFTs), by revealing the actual amount available and the changes in receiving the item.

Night Life Crypto addresses this with the development and future release of its flagship game, with what members of their team share as, “a full-scale game including lore and backstories that could very well become a novel.”

“High-quality graphics, ultra-fun gameplay, and multiple ways to earn NLIFE (one of which doesn’t even require playing the game.)” A feature that the team says “has never been seen before in crypto.”

Operating as an emerging startup, Night Life Crypto provides players with an opportunity backed with high-level security, usability, user data protection and zero in-game user transaction fees for its offerings — a game known as Night Life Drifting. Night Life Drifting is an action arcade-style racing game where players focus on drifting. Gameplay is connected to the integration of play-to-earn, NLIFE tokens and playable NFTs, allowing users to win in-game assets on the Polygon network (MATIC) that can then be used, traded or sold in the marketplace.

Since then, the team has announced its partnership with Polygon’s NFT marketplace for their first partnership series NFTs in their upcoming game, Night Life Drifting.

Blockchain games | GOING FOR A DRIFT

By partnering with Polygon, Night Life Crypto will unveil a never-before-seen branded car known as the Matic GT. The vehicle itself is purchasable as an NFT, which players can drive in the game. Races occur in the Neo-Tokyo style city, a place where neon lights light up the surrounding scenery. Users will explore five districts and many more subdistricts, each purchasable as an NFT that projects or companies may purchase as an advertisement in their brand, including billboards placed around the city that players may view as they drive by, as well as earn with when competitive races occur in their district.

The car is released as part of Night Life Crypto’s partnership, and it includes a custom front, a spoiler, rear bumper, paint, rims and license plate NFT that are also available for purchase. Most of these parts will be made available as a one-time design in partnership with Polygon, which will also be limited in availability. Within this series, players can expect a custom gold paint for the Matic GT, which will have a mint limit of three total. In addition, Night Life Crypto is burning 20% of the NFT series weekly while raising the prices by 20% as part of their Economic Value Program (EVP).

Other features of this partnership will be put in place to help benefit the loyal NLIFE community, including NLIFE being made available on Polygon (MATIC) and the ability to use a bridging service built by NLIFE to bridge BEP-20 or ERC-20 NLIFE over to Polygon. Players will also be able to purchase NLIFE on the Quickswap in the near future.

The team shares that this partnership will be one of several that, when considered together, will make Night Life Crypto one of the top blockchain gaming platforms in the world. Furthermore, it will also showcase the in-game graphics and level of customizations in the upcoming release of Night Life Drifting before the year ending in 2021.

In the last year, Night Life Crypto has launched an alpha version of its initial game, Prop Pirates, taking the lead in the quality of blockchain games created. Further development of Prop Pirates is expected to take place in Q1 2022.

Their next year is no different in their path forward with plans to fully launch Night Life Drifting with NFT features and expansion on the Prop Pirates game, as well as creating a multitude of ways users can earn not only NLIFE but other top cryptocurrencies as well. 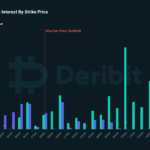 Bearish Sentiment Grips Bitcoin Ahead of $3B Options Expiry
Next Article 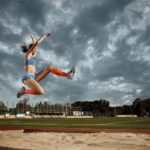