Dayan Faheem is a 13-year-old Pakistani Student explain the concept of Blockchain.

You’ve probably heard of the term blockchains but you don’t know what it means and soon as you hop on the internet you start hearing words like proof of work, ledger, miner, cryptocurrency and yada yada nevertheless this article is going to explain it you everything and will clear your concept on blockchain by answering these questions; what is a blockchain, how are blockchain related to cryptocurrency, are blockchain the future of the world, what kind of job is of a miner and etc. We will do this by starting from the beginning and progress along.

Cryptocurrencies are a form of digital currency that reside on blockchains, when a transaction using a cryptocurrency happens a record has been created in the form of a block different cryptocurrencies have different methods of recording a transaction, in an example let’s take bitcoin as the cryptocurrency but first let me tell you the method used by bitcoin for recording which is the sender’s name receiver’s name and amount plus the users bank balance, so the example is Asad, Akbar and Azhar owe 2 bitcoin each to Jawed they each pay have 5 bitcoin including Jawed so when the payback to Jawed the transaction will be recorded in the following method.

Now all of these blocks in a chain are known as blockchain but they are also known as Ledgers these ledgers are publicly distributed to the whole network, so that everyone can see all the transactions that have taken place.

Every user in the blockchain has two keys

Azhar paying back to Jawed

What does a block contain?

Proof-of-Work and Miners (Bitcoin based transaction)

Proof of work is a simple mechanism that is used to tamper with hackers, which slows the addition of new blocks to the chain, the person who adds and validates these blocks is called a miner, to do this a miner must solve a complex mathematical equation, for which they are rewarded about 12.5 btc

Dayan Faheem is a 13-year-old Pakistani Student currently studying in the 9th class at BeaconHouse School System. He is quite passionate about blockchain and Web3. In his first attempt to explain, he writes an article for NFStudio24 on What is Blockchain linked with the international industry. 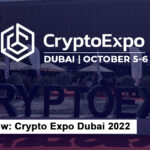 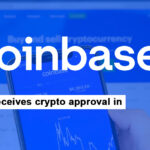