Bored Ape founders, Gordon Goner, Emperor Tomato Ketchup, Garga, and Sass released an official statement on Twitter and a Medium post to address the Nazi allegations against Yuga Labs and BAYC by a “crazy disinformation campaign from demented trolls,” as reported by Decrypt.

Bored Ape Yacht Club is a well-known Ethereum-based NFT collection that has taken over the world since its launch last year. These uniquely designed apes with attractive features and traits became the talk of the town with each sold for over a million dollars.

Despite the recent crypto winter, BAYC has managed to maintain its position on top of the NFT ranking on CoinMarketCap. Currently, BAYC is at the floor price of 89 ETH ($108,599) with a total trading volume of 619.2K ETH ($755M).

Seeing the immense success of an ape collection, many NFT artists have tried copying the style, including a ripoff of BAYC created by Ryder Ripps which rose to popularity among various investors.

However, the problem began when Ripps hosted a Twitter Spaces claiming the Bored Ape collection was racist. Later, this week a video called “BORED APE NAZI CLUB” was released on YouTube by Phillion based on the same essay. The Youtuber openly criticized Bored Ape founders for creating art based on Nazi imagery. The conspiracy spread like wildfire across the internet with tons of theories coming up.

Since BAYC is a very high-profile NFT collection involving various celebrities, these allegations were becoming more and more problematic. Later, Yuga Labs released an official statement on Twitter denying the allegations. However, the troll continued on for months which seems to have damaged the overall image of BAYC as an authentic NFT brand.

As a result, Bored Ape Founders decided to dismiss the rumors and clarify confusion by giving a detailed explanation of the idea and inspiration behind Bored Ape Yacht Club.

According to DeCrypt, the Bored Ape founders seem to be pissed off about the ongoing troll over the collection and decided to release an official statement on the issue. On Friday, the co-founder of Yuga Labs, Gordon Goner came on Twitter and tweeted: “We’ve become the target of a crazy disinformation campaign accusing us—a group of Jewish, Turkish, Pakistani, and Cuban friends—of being super-secret Nazis.”

He made a long Twitter thread addressing the Nazi, colonial, and racist imagery accusations. He asked the community to stop with the trolls as these allegations were “insanely far-fetched” and a complete “bullshit” since the creators were in no way guilty of doing such a thing.

Goner also tagged @ADL, an organization that works to protect Jewish people from hatred around the world, saying that it denied such allegations proving that BAYC was nowhere involved with the Nazis.

However, since the internet has refused to believe the team’s continuous denial, the Bored Ape founders decided to write a detailed letter on Medium to address each aspect of BAYC with strong proof.

Months ago, Ripps began doing “research” on Bored Ape and tweeted a few problematic posts on logo design. According to Ripps, the Totenkopf logo used by Nazis resembled Bored Ape’s logo. He accused them of being racist and promoting nazi imagery to the world.

In response to that, Gordon posted an official email with the creator of the BAYC logo and explained that the team wanted the logo to be “an ape skull to help convey just how bored these apes are — they’re ‘bored to death.’”

The team also mentioned an article written by Anti-Defamation League’s senior researcher, Mark Pitcavage by quoting: “The Nazi Totenkopf is one very specific graphic design of a skull and crossbones, and the monkey skull resembles it in no way except insofar as all skulls resemble each other to a certain degree.”

Yuga Labs’ name and other allegations

The Medium post went on to explain the idea behind Yuga Labs, which was previously alleged for promoting white supremacy. Co-founder Gordon spent a decade practicing Hinduism. The name Yuga Labs came from The word “Yuga” meaning “era” in Sanskrit. According to Hinduism, “Kali Yuga” is the “current era we are in.” The term Kali Yuga had nothing to do with white supremacy.

The founders also went on to explain that their pseudonyms were meant for the laughs and meant nothing more than that. They also added that Bored Ape was not released on the day Hitler died, “It’s such a crazy stretch,” the article reads.

Overall, the team collectively denied all allegations made by the YouTube video by being clear and transparent with their statement. The article ended with the Bored Ape founders saying, “Overall, we think it’s crazy that these conspiracy theories have been able to proliferate. It really shows the power that a demented troll on the internet can have.”

Yuga Labs ended the case by filing a lawsuit against the responsible parties for causing all the ruckus.

The Bored Ape conspiracy seems to have settled completely after the article came out. The NFT collection was already backed by its loyal community members; however, the team felt the need to address the situation after it got out of hand following the release of the YouTube video this week.

BAYC and Yuga Labs have made quite a reputation in the NFT community and with this statement, the NFT brand’s position became even more firm, especially since it is readying to officially enter the metaverse with its latest Otherdeed collection drop in May. 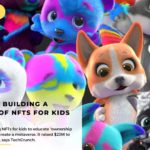 Cryptoys is building a metaverse of NFTs for kids
Next Article 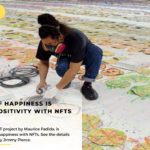