Bored Ape Yacht Club unveils the first trailer of The Trial of Jimmy the Monkey, the prologue of a new chapter as part of the lore based on the official roadmap. The mint begins on January 11, 2023, at mdvmm.xyz.

After months of silence, Ethereum’s best-selling NFT project is back with a new chapter to unfold. Designed by high-profile artists and led by a team of experts, BAYC is ready to rule the world again!

The trailer begins with the Bored Apes hanging out at the Yacht Club bar. The video zooms into a monkey relieving in THE BATHROOM, which was previously revealed to a collaborative graffiti board for holders. Fast-forward, a mysterious armored figure emerges from the toilet seat and hands over a treasure box and key.

The apes rejoice over the box, using it as a way to pour beer into the mouth when suddenly, the same monkey swallows the key to the box. The key is now stuck in the butthole and the remaining story remains a mystery!

According to the official statement, the Trial of Jimmy will bring out a unique experience for BAYC and MAYC holders, revealing a free playable mint experience. The team will also hint at small narratives that owners need to piece together to figure out the whole narrative.

The statement did reveal an important hint: “When it comes to the mint, Apes (BAYC or MAYC) who also hold BAKC will be in tiers of their own.”

The co-founder Gordon Goner tweeted that the new music video and project are designed by a new BAYC team. 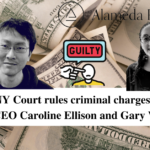 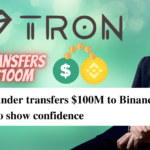