In September 2022, Yuga Labs’ founders filed a lawsuit against Ryder Ripps for producing Bored Ape NFT knockoffs to mislead investors. The United District Court for the Central District of California has now denied the YouTuber’s attempt to dissolve the case.

Ripps vs. Yuga is the biggest fight in the NFT space that began from copying the BAYC’s artwork to putting out Nazi Allegations.

According to the lawsuit filing, the YouTuber is accused of trademark infringement, fake advertising, unjust enrichment, and misleading customers, which Ripps claimed was an attempt to threaten him and silence his voice.

The case was heard on Ripps’ appeal to the California court. On December 16, Judge John F. Walter stated that the Bored Ape Yacht Club developers didn’t file against “defamation” instead the case is focused on “unauthorized use of the BAYC Marks for commercial purposes.”

The order concludes with “DISMISSED without prejudice” and Denied the Anti-SLAPP Motion because it’s not an idea or point of view, instead, it’s the case of copying BAYC’s trademark.

The lawsuit wasn’t ruled in either of the party’s favor, the trial will continue in the court or Ripps can again file for an appeal against the current decision to wipe out the case.

By signing up, you agree to our Terms of Use and acknowledge the data practices in our Privacy Policy. You may unsubscribe at any time.
news room December 24, 2022
Share
What do you think?
Love0
Sad0
Happy0
Sleepy0
Angry0
Dead0
Wink0
Previous Article 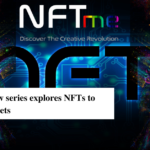 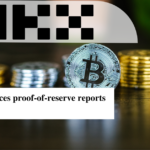