A look at where altcoins are now, and what they need to do to compete with Bitcoin.

The rate of Bitcoin (BTC) has increased by 3.32% over the past seven days.

The bulls have restored their lost positions as most of the top 10 altcoins are again in the green zone.

Despite today’s price rise, Bitcoin (BTC) could not keep the rise after setting the new peak at around $68,500. In addition, the buying trading volume has declined, which means that buyers are not as powerful as before.

In this case, one may expect the decline to the nearest support at $60,000.

Can altcoins retain their strong positions against Bitcoin (BTC)?

Some altcoins are more profitable investments than Bitcoin. Find out which ones, plus how to buy them.

The rate of XRP has gone up slightly over the past week. The growth has constituted 0.71%.

XRP keeps trading in a wide channel with no bearish or bullish signals. Bulls made a false breakout of the resistance at $1.29, having confirmed buyers’ weakness.

If bulls cannot seize the initiative, the drop may continue to the area of the most liquidity around $1.10152.

Despite gaining 2% over the past seven days, the rate of Cardano (ADA) has decreased by 0.24% since yesterday.

Cardano (ADA) is trading similarly to XRP as neither bulls nor bears are dominating at the moment. In this case, the more likely price action is continued sideways trading in the range between the support at $1.832 and the zone of the most liquidity around $2.10. Such a scenario is relevant until the end of the upcoming week. 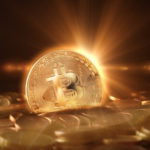 Bitcoin Funding Rates Have Calmed Down – Has Greed in the BTC Market been Neutralized?
Next Article 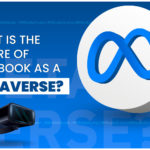 What is the Future of Facebook as a Metaverse?