Cardano has had a difficult month and is currently at the last key support before a bearish reversal.

These are not the best of times for Cardano. While the asset may have maintained its sixth position in the rankings with a market cap of $49.1 billion, it is consistently reaching new lows over the past week, and at present, it is possibly at the last key support before an evident bearish reversal.

This article will draw estimates around the current price movement of Cardano and explain why it should recover moving forward to avoid further corrections.

While a sense of optimism is appreciated for one of the top performers of 2021, ADA’s price structure is anything but ideal. Earlier in November, the asset finally breached above its long-term ascending channel pattern but it was followed by immediate invalidation. It was a sign of things to come for the asset, and Cardano barely recovered ever since.

Now, at press time, the asset has finally dropped under the pattern in a bearish direction, eliminating any chance of immediate bullish recovery. $1.80 was an important high-time frame support, which did not hold ADA‘s crashing valuation.

The importance of $1.80 can be understood from the Fibonacci levels. $1.80 marked the 0.618 Fibonacci level, which fundamentally is the last support during a correction phase of a bull run.

During the Q3 correction period, Cardano dropped to $1.00 which was the Fib level of 0.618 for a market top of $2.47. The same situation hasn’t panned out this time, with the market falling sharply beyond the retracement levels.

Is there still hope?

Well, never say never in crypto trend, and volatility could swing in Cardanos’ favor as well. According to data from intotheblock.com, 4.93 billion ADA currently resides between the range of $1.34-$1.63 amongst 394,ooo addresses. While this suggests that ADA may drop to as low as $1.40 in the next few days, the flip side is, it can recovery strongly as well.

However, failure to do so may see Cardano enter price discovery between $1.11 and $1.34. Close to 8.37 billion ADA resides in that range distributed amoong ~590,000 addresses. The situation is definitely on the edge for Cardano, and major sentiment indicates a bearish outlook. NFTS SOLD FOR MILLIONS
Next Article 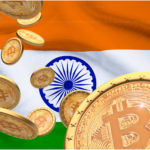