Contents
Coach Debut Their First NFT Collection:Coach And VaynerNFT Collaboration For  NFT Project:So, What does the Coach have in its Launch Drop?

Nothing has left blurry about the rapidly growing trend of fashion brands shifting to digital wearables in the metaverse. Hence it is clear that digital wearables will rule the upcoming developing NFT ecosystem.

After the latest headline news of many legendary brands introducing their NFT collections, Coach the American fashion house, decided why not to debut the NFT collection in celebration of their 80th Anniversary NFT space.

The Vayner NFT Collaborated in developing their NFT project. VaynerNFT took the project responsibility from project strategy, NFT mechanics, to the successful execution of their NFT Project.

If we look at recent news, famous fashion giants like Nike, Adidas, launched their products in their NFT series. But here, the case is different, as Coach, the American fashion brand, is not up to introducing their digital wearables and accessories in their NFT collection.

So, What does the Coach have in its Launch Drop?

The launch Began on Dec. 17; yesterday, the coach launched 80 NFts, indicating their completion of 80 years in the fashion business.

Inspired By the “ Give a little Love” Coach message for the holiday season. The company will offer 80 NFTs to celebrate its 80th anniversary. Eight multi-edition collectibles of 10 NFTs each will be released daily until Dec.24, the Christmas event.

The Coach has decided to introduce NFT based animated characters. These are lovable characters picked from its recently released Snow City game. Their NFT collection featured tokenized versions of Belle the Penguin, Fuzz the polar bear, Ginger the fox, and many others.

Hey, don’t forget to support our NFT based community on our official social media accounts Instagram, Facebook, and Twitter. Also, you get the opportunity of sharing your thoughts and points of view with our community people. 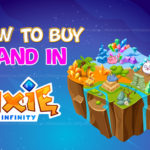 How to Buy Land in Axie Infinity?
Next Article 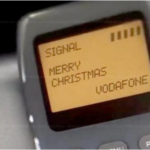