Coinbase Global Inc., a global crypto exchange, recently released its first quarter report for 2022 that detailed its underwhelming performance, igniting fear among creditors amidst the crypto crash. However, the Coinbase CEO says “they are in an even stronger position given our balance sheet.”

Coinbase’s Q1 report detailed it lost over $450 million and a 27% revenue decline compared to last year’s earnings. As a leading crypto exchange, many creditors have had high hopes for Coinbase. The exchange has released new projects and collaborations with various crypto companies to establish itself as a top company. However, the report caused creditors to be skeptical about Coinbase’s future.

This report hinted at Coinbase facing bankruptcy which pummeled down prices to new lows. The prices went by 23% to $56.04, a far low from its ideal closing price in April when it went public at $328.28. The recent data from Trace Bonds shows Coinbase junk bonds offering also dropped drastically to 17% and 5.2% with prices at $63 and $62.31  following its Q1 report on Tuesday.

With the recent crypto crash and bearish market, Coinbase had already been struggling to maintain its condition, but the fear of bankruptcy pushed down the bond prices even lower. Altogether the crypto exchange dropped by 20% and 19% since the start of May.

Junk bonds are a type of corporate debt issued to companies with no or low investment-grade credit ratings. These bonds are a risky investment but pay back with high-yield bonds. The companies borrow a specific amount of money through the junk bond offering and set an interest rate with the date of return that they will expend on top of the borrowed capital.

Previously, when Coinbase went public, it dropped its junk-bond offering and managed to earn around $2 billion. The investors’ trust in the crypto exchange’s success brought demand to the public market. The junk bond began with the price of $100 and then slowly dropped to lows, indicating investors’ loss of trust.

Furthermore, the traders are in huge chaos seeing the bearish pattern in the global crypto market, directly affecting the exchange’s revenue. According to various sources, Coinbase’s second quarter report of 2022 might show even lower earnings than its Q1 report.

Coinbase lowering prices for bonds and stocks indicate that there is no light of hope for it in the market. Despite being a crypto exchange, Coinbase fails to recover from its losses.

However, this doesn’t mean Coinbase will completely dissolve. The CEO Brian Armstrong assured creditors that the crypto exchange is still going strong amidst the crypto crash. He blames the negativity surrounding the bear market as the cause of the investors’ skepticism. He said, “it can be scary to see our stock price down with associated negative headline.”

The CEO also advised, “In times like these we need to step back and zoom out. Nothing about Coinbase changed this week, we are the same company we were yesterday, or a year ago. If anything, we are in an even stronger position given our balance sheet.”

Armstrong assured, “This last bull cycle has generated tremendous profit and cash that adds to our resiliency, and we have built an incredible team with some of the best talents in the world.”

As cryptocurrencies continue to tank to new lows, Coinbase is also struggling to keep up with the market. According to Chief Financial Officer Alesia Haas, Coinbase still stands firm as a crypto exchange in these negative conditions and will manage to make this year their “investment year.”

Although the Q1 reports show a declining pattern for Coinbase, the officials from the exchange are reassuring that better days are waiting for Coinbase once the market recovers from the crypto crash.

However, only future events will show whether Coinbase falls into the well of bankruptcy or manages to pick itself back up and recover from the losses. 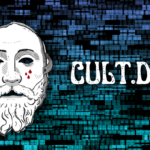 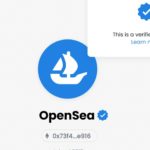