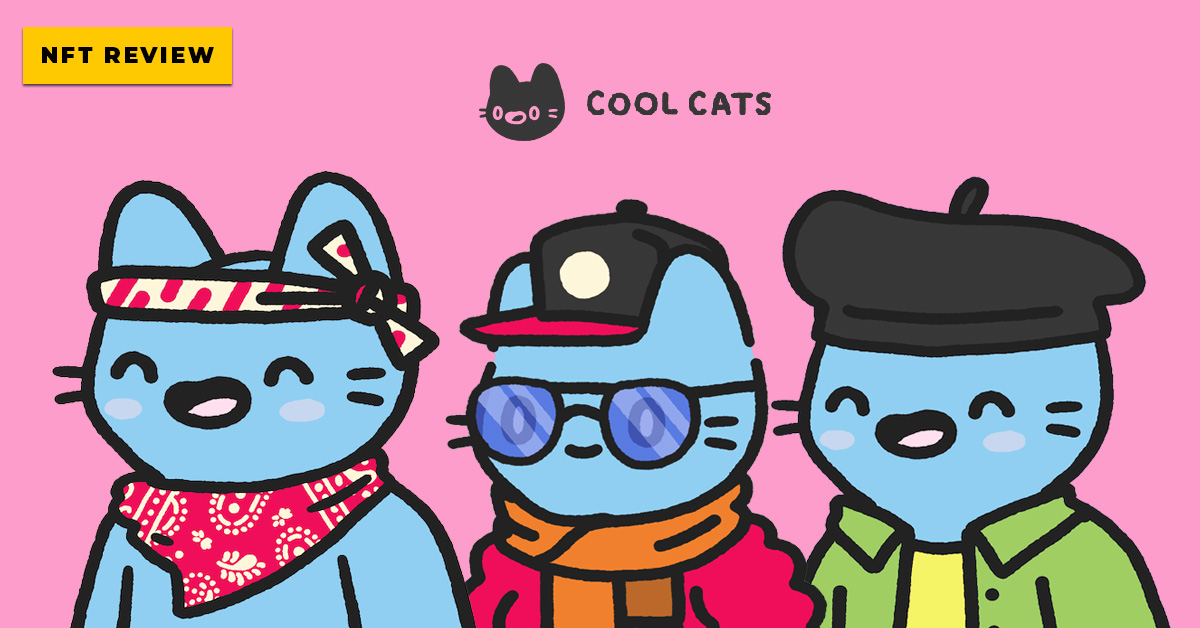 Cool Cats are the coolest cats, straight out from Cooltopia to take over the NFT space. For today’s NFT review, we will be discussing Cool Cats, the top-selling cat NFT collection based on the NFTStudio24 rarity ranking. Here’s everything you need to know:

Cool Cats was launched in July 2021 and automatically became a massive hit in the NFT marketplaces. The Cats NFT collection ranked #3 just below BAYC and CryptoPunks on the OpenSea ranking chart due to a high trading volume as soon as it dropped.

Since then, Cool Cats has always stayed relevant in the NFT industry having the best artwork and innovative ideas to enhance the whole project by adding exclusive events, games, and a top-secret project!

Enter the world of blue cats in the Cooltopia!

The inspiration behind Cool Cats

Cool Cats NFT is based on Blue Cat, a primary character drawn by Colin or Clon “the cartoonist.” Colin spent 10 years creating this cat by putting effort into its line weight, ear height, and whisker length until it was the perfect-looking cat in the world.

Before the official launch of the cats NFT collection, the Cool Cat was already a big hit on the internet but the creator felt that the blue cat deserved more recognition for its high-quality art. It was called “Blue Cat and the gang” based on a Medium article.

Cool Cats is the evolved version of Blue Cat entering the NFT space with its own community and ecosystem providing a wide range of perks and utility.

Cool Cats is a collection of 9,999 randomly generated NFTs on the Ethereum blockchain with around 300,000 options. Each Cat NFT is programmatically-made with a unique type of body, hat, face, and features.

All cool cats have an attractive feature based on their outfits. The rarest ones are those with the least frequent features picked by NFTStudio24 Rarity Ranking to define their value in the market. Cool Cats NFT are only for cool people to own!

Cool Cats NFT price range is based on how rare or common the NFT is. Currently, the Cats NFT floor price is at 2.3 ETH, which is around $3,921 with a total trading volume of over 189M on the OpenSea marketplace.

According to the official website, the Cool Cats NFT is divided into 4 categories ranging between 3 to 10 points:

To put it simply, holders with Exotic NFTs with 10 pts will receive more benefits than Cool NFTs with 3pts NFT owners.

However, picking out the best Cool Cats NFT might be hard because of the wide range it offers. This is where rarity ranking comes to the rescue!

NFTStudio24 Rarity Ranking Tool is a tool used to rank and score NFTs based on their features and properties. The ranking tool picks out the rarest NFTs from any NFT collection and ranks them to help collectors buy the right one, and creators realize their creation’s worth.

Cool Cats NFT collection features 9,999 digital collectibles. These are a lot of NFTs and for a normal person to pick out the rare NFT is nearly impossible. NFTStudio24 ranking tool has ranked Cool Cats NFT based on its smart technology design.

NFTStudio24 has listed the verified Cool Cats NFT collection on its website. Seeing the highly attractive artwork and perks of owning this NFT project, NFTStudio24 picked out the best-ranking Cat NFT from the collection.

According to NFTStudio24 Rarity Ranking Tool, Cool Cat #1490 is the highest-ranking NFT from the Cool Cats NFT collection. The rarity tool carefully looked at the cat NFT’s traits to see which one is the rarest of all and ranked it no. 1.

If you go to nftstudio24.com/collection/cool-cats-nft/, you will rarely find any Cool Cats NFT having the above-mentioned traits, making it the rarest NFT to own right now.

After Cool Cat #1490 NFT, there are other Cat NFT picked by NFTStudio24 Rarity Ranking Tool that you can consider buying from the OpenSea marketplace:

The Cool Cat NFT price is 80 ETH, which is around $136k, on the Opensea marketplace.

Cool Cats team was co-founded by Clon, Elu, Xtremetom, and Lynqoid. Clon is the artist behind the blue cat, as mentioned above, while other team members helped in the development of the project.

Additionally, the Cool Cats team comprises expert directors, analysts, developers, and illustrators with many years of experience in different industries.

According to the Medium article, TIME’s CEO Keith Rossman loves cats and had a great interest in Cool Cats NFTs.

There were 400 NFT pieces; 100 NFTs for each founder’s cat for people to own.

Only the Cat NFT holders in the Raffle list were allowed to mint 392 collaborations, the rest of the 8 NFTs were given to the winners from a Meme competition.

Why are Cool Cats NFT popular?

Seeing a huge hype on the internet about Cool Cats NFT during this month might make you wonder, well why is it so popular? Well, the Cool Cats NFT collection was originally a very popular piece even before it was launched because Clon showcased the Blue Cat in various exhibitions and events.

When Cool Cats NFT was announced many celebrities and famous personalities showed interest in the collection.

In fact, Mike Tyson was the first celebrity to proudly display his Cool Cat NFT as his Twitter PFP. This grabbed a lot of attention not only from the NFT community but also from Tyson’s fans.

The collection became exclusive when the team signed a partnership with Creative Artists Agency (CAA) to “create opportunities for Cool Cats characters across an array of areas, including licensing and merchandising, animated content, brand partnerships, live events, publishing, and more.”

“The world that we’re building is full of imagination and full of just things to explore. It’s going to be more of an experience, rather than just a JPEG,” Clon said in an interview.

$MILK is the tokenomics currency of the Cool Cats ecosystem. Users can use $MILK for Battle chests, Housing chests, Quests, and future gamification. In fact, the whole idea behind Cooltopia with tokenomics is based on the $MILK token.

Cool Pets NFT collection is part of the Cooltopia created as a companion for Cool Cats. These pets are similar to Bored Ape Kennel Club, providing a good utility to the NFT holders

Cool Pets NFTs were 19,000 in total. Half of them were reserved for Cool Cats NFT holders, while the other half went out for public sale. Each Pet comes in an egg and evolves to become either of four elements: Grass, Fire, Water, or Air.

Cool Pets were connected with Cooltopia since they could only be grown after giving them certain digital element items from loot crates on the NFT marketplace.

Users need to earn $MILK tokens by performing quests with Cool Pet and then buy the items using $MILK from the Cool NFT marketplace. The Cool Cats NFT holders receive $MILK tokens every day, so they can use those to evolve their Cool Pet.

This is a good example of what Cooltopia is all about. Players play games, go on quests, and perform tasks with their NFTs to earn $MILK tokens as part of the Cool Cats ecosystem.

Cool Cats team has also released its roadmap for 2022 to inform holders about their various adventures around the world. Cool Cats recently attended the NFT NYC 2022 where they gathered all the NFT holders and partners to celebrate the development of the project and share the happiness with the community.

Cool Cats will follow the roadmap to expand the NFT brand on a global scale and make it an authentic collection competing with the likes of BAYC, CryptoPunks, WoW, and Moonbirds again.

Cool Cats NFT hasn’t had a smooth ride over the year after its launch. The Cool Cats was doing quite well in the NFT marketplace, ranking in the top 10 NFT collections for a long time until the newly-appointed CEO dropped out of nowhere after three months.

This news came as a shock to everyone because the team refused to give a clear statement on why the CEO left and what was really going on behind the scenes. No one really expected such a situation because the NFT project was doing quite well with a collaboration with a Hollywood talent agency.

The news of the CEO leaving resulted in a sudden drop in Cool Cats NFT floor prices despite being the blue-chip NFT collection.

Since then, the team went through some drastic changes to pick up again from the bottom. Now, the Cool Cats NFT collection is once again dominating the NFT markets with high trading volume.

Cool Cats NFT has grown in popularity within a year of its release. In fact, many experts had called it the blue-chip NFT collection when it was first launched. There’s no doubt in saying that Cool Cats have a good future ahead.

Cool Cats team already introduced Cooltopia, which is a proper ecosystem with tokenomics where Cool Cats NFT and Cool Pets NFT holders can earn tokens, which makes it better than many projects that only focus on dropping generative NFTs and nothing else.

Additionally, the artist, Clon, is a big name in the art world because of his interactive and creative artwork. According to Clon, Blue Cat is the first NFT collection, and the project will release more characters from the gang soon.

All in all, Cool Cats NFT is a good investment choice for those looking for utility and authenticity among NFT collections. Seeing its steady progress in the NFT market, Cool Cats NFT will definitely rise to the top soon.

NFT Review: All You Need to know about the Virtual World of Invisible Friends

NFT Rarity Ranking 101: All you need to know about Rarity Tool

The BAYC Takeover: All You Need to Know about Bored Ape NFTs 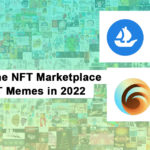 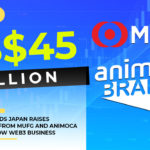 NFT Review: All You Need to know about the Virtual World of Invisible Friends 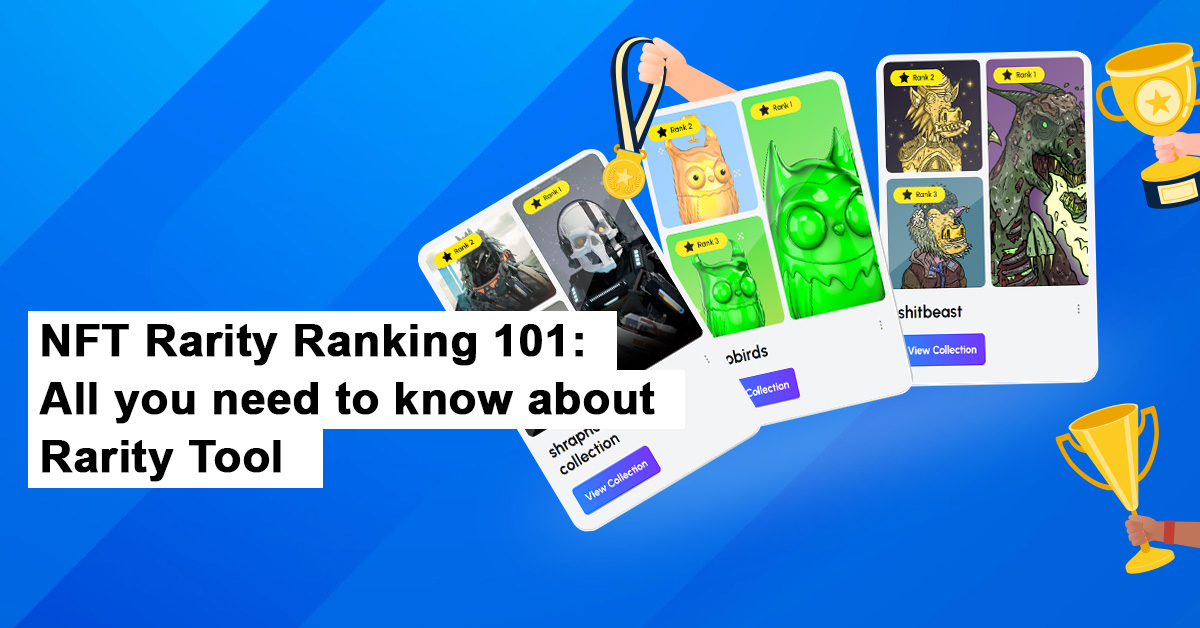 NFT Rarity Ranking 101: All you need to know about Rarity Tool 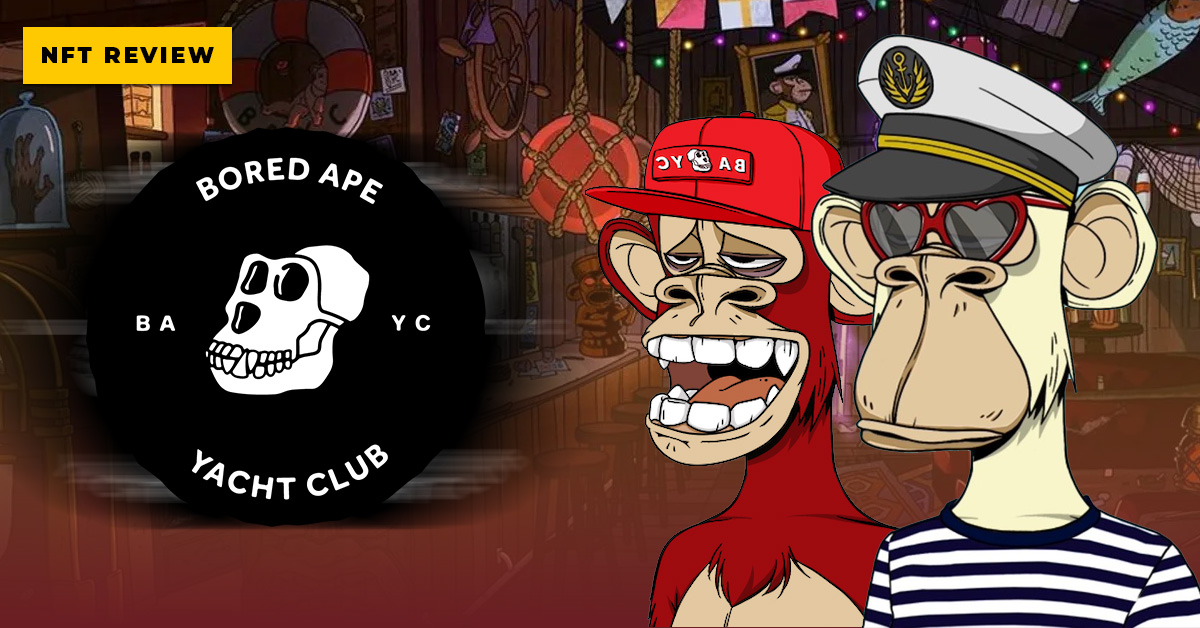 The BAYC Takeover: All You Need to Know about Bored Ape NFTs 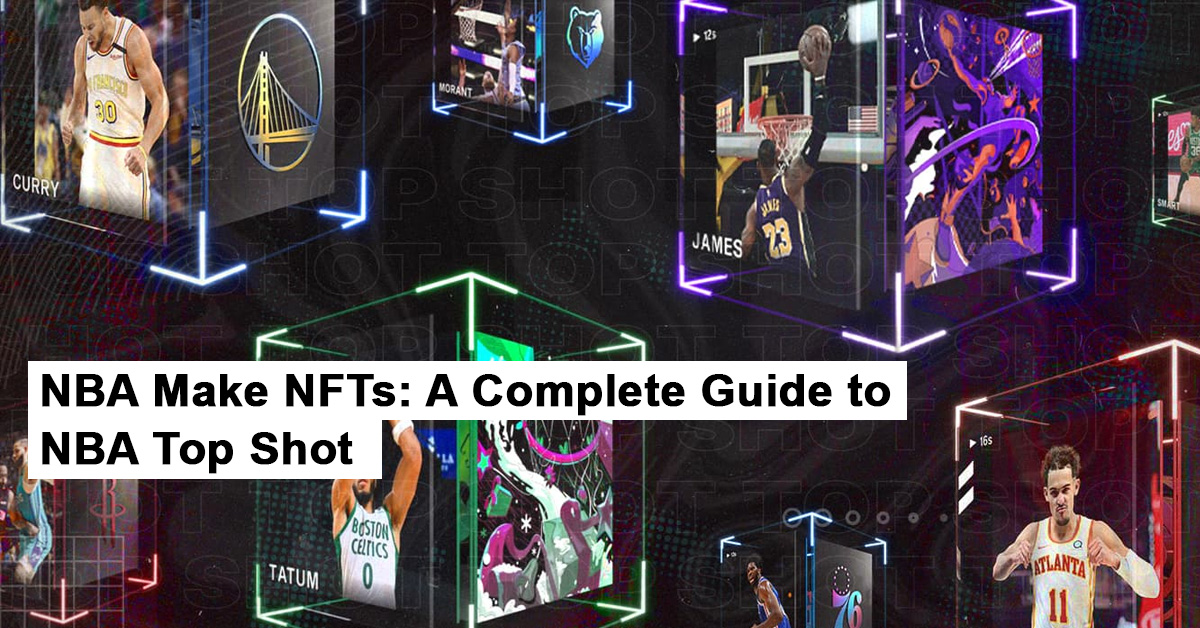