2022 has been a rollercoaster ride of scandals, bankruptcies, Ponzi scheme reveals, and the dreadful crypto winter that doesn’t seem to melt.

Forbes report shows that 10 billionaires lost their status while 3 became penniless, and a total of 17 well-known personalities have lost $116B worth of net worth since March.

Here are the top 4 billionaires who lost and halved their wealth during the market crash and all-time low prices:

The founder and chairman of Binance, the world’s largest exchange, Changpeng Zhao had a net worth of $65 billion in March. The platform has come under the radar for hiding finances despite the constant denial; nonetheless, the crypto winter drained out CZ’s wealth to $4.5 billion as of December 2022.

Featured in Forbes Under 30, the rich entrepreneur and businessman who turned out to be involved in the Ponzi scheme when the FTX exchange collapsed. His net worth was almost $24 billion in March but after the price of the FTT token pummeled down and FTX went insolvent, he lost 100% of his wealth within a week.

The CEO of Coinbase, Brian accumulated $6 billion in wealth in March, the drop in Bitcoin, Ethereum, and altcoins, especially LUNA/UST and FTT tokens, cost him 4.5 billion dollar loss, and he’s left with only $1.5 billion in his wallet.

Co-founder of FTX and executive in Alameda Research, Gary Wang is yet another billionaire to whom the crypto crash and insolvency didn’t spare. Having $5.9 billion in net worth, Wang lost all his wealth. Now, he has been criminally charged by the US Court.

Other personalities are mentioned in the image below: 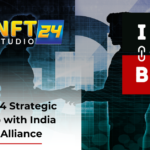 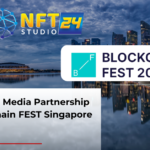