$2.5 billion liquidated across cryptocurrency in a mass rout which sends Bitcoin price action back to the end of September.

Data from Cointelegraph Markets Pro and TradingView showed BTC/USD hitting local lows of $41,960 on Bitstamp — its lowest since Sep. 30.

“$50k is likely to be resistance for a decent amount of time now unless stonks to incredible things,” filbfilb, co-founder of trading platform Decentrader, summarized in a fresh synopsis after the move.

“Size of dump & distribution likely to mean consolidation into Q1 next year. Moon mission is not dead but some will think cycle over.”

The scale of the dip wiped out some important support levels, including Bitcoin’s $1 trillion asset valuation — previously a popular choice for long bets.

As Cointelegraph reported, concern over traders’ behavior was present as recently as Friday, as data showed that the market could easily be overleveraged at previous levels nearer $60,000.

With that leverage now all but flushed out, optimism among familiar faces remained, with Cointelegraph contributor Michaël van de Poppe announcing the sub-$42,000 spike as a “bottom.”

“We’re still in a bull market,” he added.

Bitcoin meanwhile just avoided an attack on $40,000 support, something which would be a reason to “flip bearish” should it form weekly resistance, analyst TechDev said.

“If cycle bull phase deviates substantially from history, expect any bear phase to do the same.”

A small silver lining came from Ether (ETH) on the day, which neared a rematch of its highest levels since mid 2018.

Losing less than Bitcoin in the crash versus the dollar, ETH/BTC bucked the trend to pass 0.0831.

All the top ten cryptocurrencies by market cap were down over 10% against the U.S. dollar, however, led by Polkadot (DOT) with 21%. 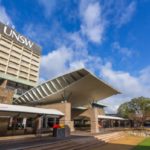 Ethereum Is Better Than Bitcoin, Says New Paper Released by Members of Australian Universities
Next Article 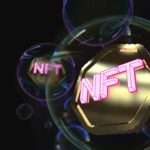