Dapper Labs announced it will be funding Flowty, a peer-to-peer decentralized NFT lending platform by investing around $4.5M. The platform is already launched and holds the potential to be a successful hit in the market.

NBA Top Shot is one of the largest NFT marketplaces where people can sell videos of precious NBA moments as NFTs. Today, each NFT is worth millions of dollars. Michael Levy recognized the potential of this marketplace long before it became a mainstream platform.

He decided to invest around $175,000 to buy, sell, and trade NBA Top Shots. Michael managed to build a fortune of $20 million within six months, making him one of the top investors in the marketplace.

After earning so much profit from one of the biggest marketplaces in the world, Michael Levy and his team decided to launch a lending platform where people can borrow quick money in exchange for NBA Top Shot NFTs as a loan.

Flowty beta mode is officially released on the Flow blockchain as a peer-to-peer lending marketplace for Top Shot NFTs. Currently, the platform has processed over 150 loans with an average size of $4,000 to $5,000. The team will add more NFTs on the platform with time.

Its model is based on the concept of a pawn shop. Just like how people lend their watches, rings, or other valuable physical assets for quick cash, Flowy is a platform for people to lend their NFTs to other people for loans over a certain amount of interest rate.

Levy said: “We as a company are a technology platform that facilitates transactions between borrowers and lenders,”

How does it work?

Flowty aims to make its platform as user-friendly and interactive as possible. NFT owners first need to create a listing setting for the desired amount with NFT as security.

If someone wants the NFT, they will pay the desired amount in exchange for the NFT. The borrower can either get back the NFT by paying all the interest with the loaned amount or give up ownership over the NFT.

As Flowty operates on the Flow blockchain, users can give loans in FUSD, tUSDT, and USD Coin only. Flowty will cut a 10% interest amount based on the borrower’s loan.

Levy explains the idea of ownership by saying: “We do not provide underwriting services in any way, shape, or form. We don’t give guidance on specific loan listings. We never custody the collateral and we never custody the tokens. By legal and regulatory standards, we are simply a technology company.”

The idea of lending NFTs for some amount of money caught the attention of NBA Top Shot developer and Flow blockchain creator company Dapper Labs. The company decided to invest in this project by giving $4.5M worth of funds in the first round of funding.

Along with Dapper Labs, Greenfield One and Lattice Capital were also part of the funding round.

Since it is launched on the Flow blockchain, Dapper Labs is thrilled to see how this platform will attract more users to the network

chief business officer of Dapper Labs, Mik Naayem says, “We’ve always had this thesis around games being the gateway to people decentralizing their lives.” And Flowty is the first step towards proving that thesis.

Flowty will revolutionize the economic system by introducing this new way of doing transactions. He says, “So our platform can be used by anyone – people who are traditionally unbankable, people who are in regions where they don’t have a robust financial system.”

Although Flowty is on a good start, there is still a risk of scams and frauds in the NFT world.

As Naayem says, “I wouldn’t recommend [Flowty] to someone who doesn’t understand NFTs or doesn’t understand NBA Top Shot. But people who have spent time with it analyzed it and understand the risks and rewards, I think it’s a great way for them to interact with that part of the ecosystem.”

Despite the declining market, Flowty managed to raise a big capital to fund its development projects. The crypto firms are confident that this platform will become a mainstream space for people to lend and borrow NFTs. 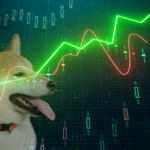 Shiba Inu’s burning portal: Will it increase the SHIB coin’s worth in the crypto market?
Next Article 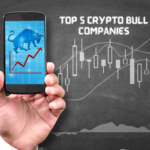