Agents! Gather around for a new mission in the metaverse. Ryan Gosling needs your help to complete a metaverse mission on Decentraland.

Decentraland in partnership with streaming platform Netflix launches a virtual replica of a maze inspired by the movie The Gray Man. Join the main character, Ryan Gosling, to complete the metaverse mission starting July 27, 2022, and win wearable rewards.

The Gray Man is a story about a CIA Agent who uncovers dark agency secrets and is haunted by his psychopathic ex-colleague. The main character has to fight against assassins all around the world hired by the ex-colleague to survive. It is a film full of action, thrill, and adventure, widely watched by the international audience.

Although the Entertainment industry still hasn’t completely adopted the NFTs and metaverse, Netflix seems to be testing its waters in the Web3 space with Decentraland.

Famous actor, widely known for his role in La La Land, Ryan Gosling is the main protagonist in The Gray Man who introduces a new mission for his fans.

On the official Twitter, Decentraland released an official video from Ryan Gosling instructing on a metaverse mission in the Decentraland.

“The mission is simple. Retrieve the locket and unlock the code. Time is of the essence. Others will try to beat you to it.  We’re all counting on you. Good Luck,” says Gosling in the video.

The metaverse mission takes place in a maze which is a perfect replica of the one in the movie. This means players can personally experience the thrill of going around the maze to complete the mission.

Decentraland is widely known for its immersive 3D virtual experience where users can trade LANDS, avatar wearables, and also socialize and explore the metaverse.

The Maze replica from The Gray Man is part of the metaverse mission among many that Decentraland holds for special events.

If watching The Gray Man wasn’t enough Decentraland is fulfilling your appetite for action and thrill by giving the same experience but more personal and immersive than ever.

The mission is to find the fountain in the maze and obtain a USD that has confidential information in it. After that go to the secret room to check the time it took for you to complete the mission and see the speedrun ranking, and redeem the rewards.

Only the fans who have watched The Gray Man can navigate through the metaverse, overcome obstacles, and finish the task on time.

The winners will receive avatar NFT wearables inspired by The Gray Man movie:

Decentraland’s metaverse mission is one of the many events that the team holds to bring more and more people in. The metaverse platform rivals The Sandbox Game and has partnered with various brands to launch virtual projects in its space.

Before The Gray Man collaboration, Decentraland held a virtual festival to celebrate and empower the LGBTQA+ community for Pride Month in June called Metaverse Pride Parade, which was a successful wrap-up with tons of artists and celebrities performing on the virtual platform.

With The Gray Man, Decentraland is expanding its metaverse into the entertainment industry. Who knows? We might see more similar projects coming in the metaverse soon.

By signing up, you agree to our Terms of Use and acknowledge the data practices in our Privacy Policy. You may unsubscribe at any time.
Share
What do you think?
Love0
Sad0
Happy0
Sleepy0
Angry1
Dead0
Wink0
Previous Article 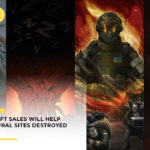 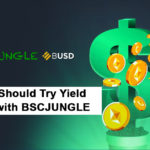 Why You Should Try Yield Farming with BSCJUNGLE
Leave a comment