Recently, Jimmy Fallon tweeted and changed his Twitter profile picture to a Moonbirds avatar sparking a sudden interest as to whether he received the NFT for free or bought it himself?

Moonbirds NFT collection recently rose to popularity due to its unique and rare Moonbirds avatars. The original computer-generated owl-styled NFTs grabbed the attention of buyers. What was the real reason for this sudden attraction to the NFT collection?

Many believe Moonbirds celebrity endorsement strategy worked well, bringing in the interested buyers. Moonbirds announced it would give away free NFTs to people to commemorate its launch week. Among those people, Jimmy Fallon is suspected to have received a free NFT from Moonbirds.

The reason for the suspicion comes when the Night Host tweeted this on the 19th of April:

It is true that when a celebrity endorses an NFT or a product, the sales of that thing increase drastically, especially if they have loyal followers and the celebrity is highly invested in NFTs.

In recent months, the popularity of NFTs among celebrities has surged. Celebrities like Justin Bieber, Gwyneth Paltrow, Reese Witherspoon, and other mainstream actors, artists, and influencers have bought NFTs and openly shared them with their followers.

In response to the celebrity buying NFT, the collection rises in demand, and fans try to buy as many as they can. Some NFT brands also do giveaways to influencers and celebrities as endorsements. The same might’ve been true for Jimmy Fallon as well.

According to various sources, Jimmy’s tweet might be an intentional way to attract an audience to buy the new Moonbirds NFT collection. Jimmy Fallon also promoted Bored Ape Yacht NFT on this late-night show with Paris Hilton. Both of the celebrities showed their Bored Ape Yacht NFT to the audience which they bought recently to become a part of this latest NFT craze.

Though there isn’t much credibility to this rumor, the tweet is so direct that it makes people believe this might be the case.

However, according to the laws set by the Federal Trade Commission for social media, every influencer or celebrity is supposed to make a clear disclaimer when doing advertisements for a brand on their platform, including free giveaways that many celebrities receive from brands to become their endorsers.

In the NFT industry, giveaways for endorsements have become quite common. Many companies ask influencers to advertise for them in return for digital assets.

The executive director of consumer advocacy group Truth In Advertising, Bonnie Patten says “There appears to be a growing trend among celebrities to manipulate their fan base into thinking they have purchased NFTs.
When the reality is that these influencers are deceptively withholding the fact that they have received the crypto assets for free or as gifts in exchange for promoting the NFTs and the companies behind them. Withholding such material information is illegal, and both the company and the influencer are on the hook for such deception.”

This huge surge in prices made many people suspect that the celebrity endorsement strategy worked for the brand.

BuzzfeedNews contacted the co-founder of Moonbirds, Kevin Rose, a tech entrepreneur and founder of Digg, to give an official statement. To which Rose first responded with silence, and then told the news outlet that Moonbirds had indeed given away a few Moonbirds NFT without the intention of advertising or endorsing to various people.

When asked whether they sent Jimmy Fallon a free NFT, to which Rose replied: “I have an insane roster of advisors across a wide range of disciplines that receive Moonbirds. Some paid for their Moonbirds, some worked for them, and some were gifts for various help and advice they’ve contributed. I’m not going to get into the financial details of each Moonbird transfer, but know that just looking at the blockchain transfer is silly; it doesn’t show you the whole picture of the relationships we’ve established or why they are receiving them.”

Before answering the email, Moonbirds official Twitter also released a statement about the giveaway by Tweeting:

Rose also expressed his excitement about the Moonbirds NFT collection being sold out in such a short time. “We know we’re on fire right now, in terms of hype,”

The veteran tech expert is known in the industry for bringing new innovations to the internet, and this collection was deeply connected to his reputation in the blockchain industry.

The success of the Moonbirds NFT collection marks a turning point for the brand to become a well-known and in-demand blue-chip NFT collection.

Whether Fallon received a free NFT from Moonbirds or not remains a question yet to be answered. The vague and unclear statements from Moonbirds are not enough to satisfy fans’ curiosity.

There’s no use in becoming a celebrity or influencer if they are not true to their statements and manipulate fans to buy out NFTs. If Jimmy did indeed do an endorsement for Moonbirds, then the buyers and fans deserve to know it. 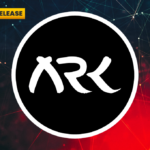 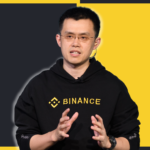