The Dogecoin price forecast is pessimistic, as the cryptocurrency trades in the red a day after Elon Musk endorsement for DOGE on Tuesday.

The meme coins price has plummeted in the last 24 hours, shedding around 6.7 percent on the day. If the current trend continues, Dogecoins price may plummet to roughly $0.1574, its Monday close.

Tesla Should Accept Doge as a Form of Payment

With the potential to be utilized as a payment method, Dogecoin might move beyond being merely a meme coin. Elon Musk, the CEO of Tesla, has announced that Dogecoin would be accepted as payment for certain of Tesla’s items. This was revealed by the “Father of Dogecoin” via a tweet, as indicated below:

Elon Musk has already expressed his support for Dogecoin, stating that he intends to open a university in Texas where tuition costs would be paid in DOGE.

Musk has also been quoted as claiming that Dogecoin might be a superior payment mechanism to Bitcoin.

It’s worth noting that every time the Tesla billionaire CEO mentions Dogecoin in one of his tweets, the joke coin’s price nearly doubles.

For example, DOGE price jumped as much as 40% from $0.1774 to an intraday high of $0.22 on Tuesday, only seconds following the aforementioned tweet.

However, following yesterday’s rise, a reversal has occurred, threatening to push the Dogecoin price further lower.

On the four-hour chart, the current DOGE/USD price action has formed a falling flag, with the flag post being yesterday’s green candlestick to an intraday high. The current correction will continue if the resistance at $0.1847 is not overcome, where the 100-period Simple Moving Average (SMA) and the flag’s resistance line intersect.

If this happens, Dogecoin is projected to plummet to its initial price of $0.1774, a 12 percent decline from where it is now.

Dogecoin pricing is sitting at $0.1791 at the time of writing, and a break above the 100-Sma might derail the aforementioned bearish narrative, with Tuesday’s intraday high over $0.22 being the upward objective. 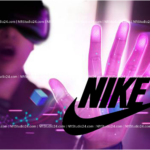 Nike Virtual Footwear Studio Started In The Metaverse.
Next Article 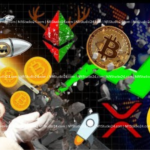