Contents
How The Dogecoin Co-Founder Disclosed His Doge Reserves:How Much He Owns Doge In His Crypto Wallet:What Made Markus Stand On His Decision Like A Rock:He Further Elaborated His Stance To Dougie By Rick & Morty.

How The Dogecoin Co-Founder Disclosed His Doge Reserves:

On his tweeter, the Dogecoin co-founder disclosed his Doge reserves and declared that he would never go back to this project again.

Billy Markus found this project in 2013, however now not working on this project any longer. Moreover, questions about his plans to return to this project he denied and told the cause why.

How Much He Owns Doge In His Crypto Wallet:

By his tweet, he said told his DOGE fans that he is just a member of the Dogecoin community. And unwrapped the cover from his crypto wallet that yet he owns around  220,000 Dogecoin.

Relating to the extensive topics he tweeted about since he does not owe anything to anyone in the crypto community. And he is free to choose any topic for his tweeter posts.

However, he said that he motivates those who are working for betterment in the coding space. And opposing those who are not in his favors.

What Made Markus Stand On His Decision Like A Rock:

In replying to a tweeter follower he confirmed that he will never return to coding dogecoin. The reason behind standing on his decision like a  rock is. He says that no matter how much you do best for the people in society. You will get the worst as a reward.

He Further Elaborated His Stance To Dougie By Rick & Morty.

Today in a specific tweet, the co-founder of meme coin tweeted sarcasm by a famous animated series. “Rick & Morty”.

In this tweet, the characters discussed a group of collectibles. and elaborated why they should purchase them for others. The reason to buy it should not only be its current market or value or its future value.  The only thing that matters is “you bought it because you loved it”. This crypto meme explains  the goal behind  the “Real Doge Community”

This year Doge community celebrated its eighth birthday. Its success rate is skyrocketed. This year it gained around 6943% market value. However, presently plummeted  76.1% as compared to its all-time high record in May 2021.

Another big declaration was by the Billionaire Elon musk. In which he said that Tesla will introduce some goods that would be sold for dogecoin as an experiment. However, he didn’t define the clear details.

Hey! Dear reader, don’t forget to connect with us on our social media accounts Instagram, Facebook, and Twitter. And become a part of our NFT, and crypto-based community.

We are not financial advisors. Our content aim is to update you about current crypto and NFT topics. Crypto and NFT projects are vulnerable so consult experts before making any decisions. 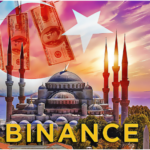 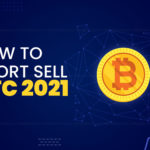 5 Strategies to Short Sell Bitcoin in 2022