The US Department of Justice announces an investigation on the missing $650 million worth of crypto tokens that was drained out in the FTX hack after it declared bankruptcy.

On November 12 when the world panicked over the exchange being insolvent, a sudden mysterious attack took place on the FTX app in which crypto tokens were drained out within a few hours and transferred to unknown wallets.

At the time, the analysis firms and the exchange itself reported $380 million being stolen based on the court filing but recent reports reveal it amounts to $650M. The DOJ finds the missing gap suspicious.

On Tuesday, the department said it will be looking into the case to see whether this hack was a deliberate attempt to recover funds by the executives, an inside job by an employee, or an outsider attack with no links.

Note that this case is separate from SBF’s investigation of wire fraud and money laundering. After all, the bankrupt trading platform wasn’t run by just one man, instead, it was a cooperation between many individuals; Caroline Ellison and Gary Wang being the big names.

Recently, Ellison and Wang were criminally charged by the US Court, which they agreed upon. 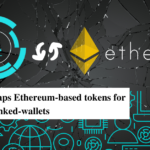 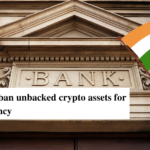