Doodles announced they are acquiring the Emmy-nominated, London-based animation studio called Golden Wolf. Both companies will work together to design future projects for the Web3 brand franchise and establish it globally.

Designed by Burnt Toast aka Scott Martin, and launched in 2022, the Doodles NFT is among the most successful NFT collections in the space, each worth thousands of dollars. The team plans to develop it into a global franchise and is actively working on it.

The acquisition of Golden Wolf is an important addition to the company as it will enhance the overall quality of the project in terms of “Narrative storytelling, world building and character development.”

Although the animation studio will work independently, it will still leverage the NFT project more than ever.

“We have already created some truly beautiful work together but what’s to come will be on another level. The future is colorful,” said Burnt Toast on his Twitter.

For holders and investors, this acquisition could lead to potential growth and demand for Doodles NFT. The animation quality is already a

Although the team hasn’t shared any details of 2023 plans, it is currently gearing up for its second season coming soon. 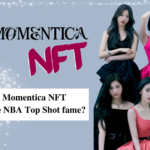 Why HYBE’s Momentica NFT didn’t get the NBA Top Shot fame?
Next Article 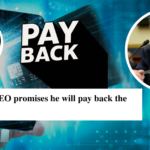